iPhone makers, Samsung among 16 firms that get nod under PLI scheme

Companies to manufacture mobile phones worth Rs 10.5 lakh crore over the next 5 years 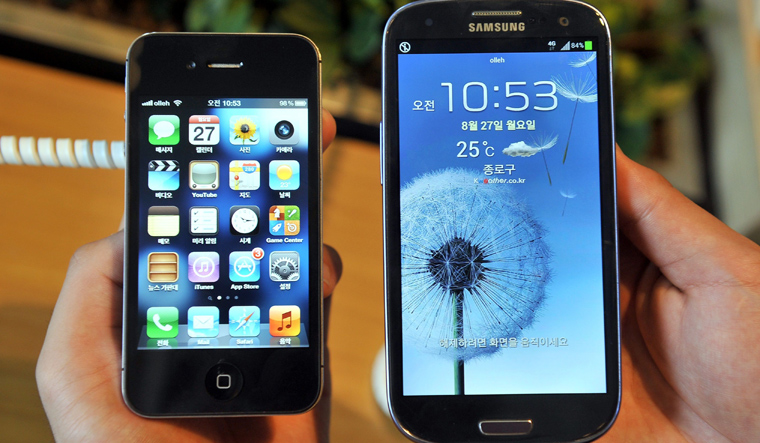 iPhone maker Apple's contract manufacturers Foxconn Hon Hai, Wistron and Pegatron, apart from Samsung and Rising Star and a bunch of home-grown players are among the mobile phone manufacturing firms that have won approvals to do business in India under the PLI (Performance-linked incentives) scheme. The government on Tuesday said it has cleared 16 proposals from domestic and international companies entailing investment of Rs 11,000 crore under the production linked incentive (PLI) scheme to manufacture mobile phones worth Rs 10.5 lakh crore over the next five years.

Domestic companies whose proposals have been approved include Lava, Bhagwati (Micromax), Padget Electronics (Dixon Technologies), UTL Neolyncs and Optiemus. "The Ministry of Electronics and Information and Technology (MeitY) has approved 16 eligible applicants under the PLI Scheme," an official statement said.

This will generate more than 2 lakh direct jobs and nearly 6 lakh indirect employment opportunities, it added.

"The companies approved under the scheme will bring additional investment in electronics manufacturing to the tune of Rs 11,000 crore," MeitY said.

The government had received 23 proposals under the PLI scheme, out of which 16 have been approved. The Production Linked Incentive Scheme for Large Scale Electronics Manufacturing was notified on April 1, 2020.

It extends an incentive of 4 to 6 per cent on incremental sales (over base year) of goods under target segments that are manufactured in India to eligible companies, for a period of five years subsequent to the base year (2019-20).

"Over the next 5 years, the approved companies under the PLI Scheme are expected to lead to total production of more than Rs 10.5 lakh crore," the statement said.

Proposals of six companies in the electronic components segment have also been approved. These companies are AT&S, Ascent Circuits, Visicon, Walsin, Sahasra, and Neolync.

Under the PLI scheme, mobile phones of foreign companies priced above Rs 15,000 a unit are eligible for incentives, while there is no such price limit for domestic firms.

Component makers under the specified electronic components segment have proposed production of over Rs 15,000 crore in the next five years.

Electronics and IT Minister Ravi Shankar Prasad said the PLI scheme has been a huge success in terms of applications received from global as well as domestic mobile phone manufacturing firms and electronic component manufacturers.

"We are optimistic and looking forward to building a strong ecosystem across the value chain and integrating with the global value chains, thereby strengthening electronics manufacturing ecosystem in the country," the statement quoted Prasad as saying.

Domestic value addition—the contribution from local entities in the production—is expected to grow from the current 15-20 per cent to 35-40 per cent in case of mobile phones and 45-50 per cent for electronic components, the statement added.