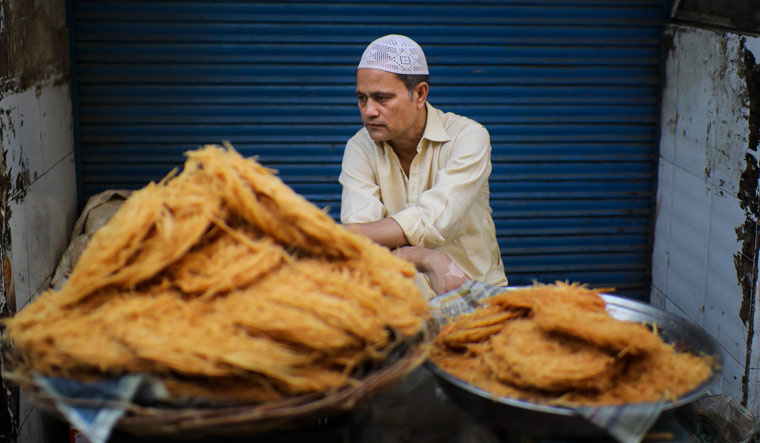 People in Delhi, Ahmedabad, Chennai, Indore and Varanasi will soon be able to have food from street vendors delivered at their doorsteps as the Centre has joined hands with food aggregator Swiggy to take these small businesses online.

According to the Union Housing and Urban Affairs Ministry (MoHUA), this initiative has been launched in these five cities on a pilot basis by on-boarding 250 street food vendors and later, it will be rolled out in other parts of the country.

Under the Prime Minister Street Vendor's AtmaNibhar Nidhi (PM SVANidhi) Scheme, the move will give street vendors online access to thousands of consumers and help them grow their businesses, a ministry official said.

The MoHUA has coordinated with the key stakeholders, including municipal corporations, Food Safety and Standards Authority of India (FSSAI), Swiggy and GST officials, to ensure that necessary prerequisites are completed for this initiative, the official said.

An MoU was exchanged by Joint Secretary Sanjay Kumar and Swiggy chief financial officer Rahul Bothra through a webinar in the presence of Union Housing and Urban Affairs (HUA) Secretary Durga Shanker Mishra.

Municipal commissioners of Ahmedabad, Chennai, Delhi, Indore, and Varanasi also participated through videoconferencing, the ministry said in a statement.

During the ongoing COVID-19 pandemic, when physical distancing is key to check its spread, this novel initiative aims to radically transform the business of street vendors across cities by facilitating them to receive orders and serve customers using online mode of business, it stated."

To begin with, MoHUA and Swiggy will run a pilot program by on-boarding 250 vendors across five cities namely—Ahmedabad, Chennai, Delhi, Indore, and Varanasi.

"The street vendors will be helped with PAN and FSSAI registration, training on technology/partner app usage, menu digitisation and pricing, hygiene and packaging best practices," it added.

Upon the successful completion of the pilot, the ministry and Swiggy plan to expand this initiative across the country in phases, according to the statement.

This partnership is seen as yet another move by the MoHUA to empower street vendors with digital technology and facilitate greater income-earning opportunities by being present on a popular online food delivery platform like Swiggy, the statement said.

Under the PM SVANidhiScheme, street vendors can avail a working capital loan of up to Rs 10,000, which is repayable in monthly instalments within one year.

This scheme being implemented by the MoHUA targets to benefit over 50 lakh street vendors who had been vending on or before 24 March, 2020, in urban areas including those from surrounding peri-urban or rural areas.