Explained: What are FinCEN Files and its India-related revelations? 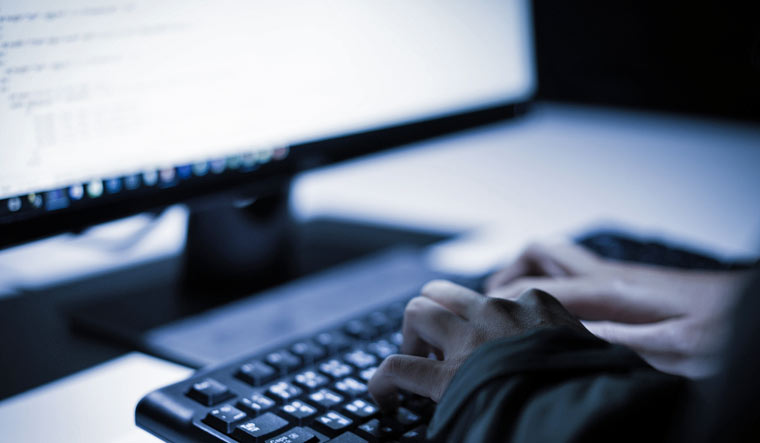 Swiss Leaks in 2015, Panama Papers in 2016, Paradise Papers in 2017 and now, FinCEN Files. Yes, the latest expansive piece of investigative jounrnalism that sheds light into the dubious transactions involving potential money laundering, terrorism, drug dealing or financial fraud around the globe is here.

Over the course of the next few days, various global media houses who are part of the International Consortium of Investigative Journalists (ICIJ) and 109 other news publications will uncover stories of various suspected cases of financial frauds and money laundering worth $2 trillion that took place between 2000 and 2017.

Here's all you need to know about the coverages.

What are FinCEN files?

FinCEN is the US Financial Crimes Enforcement Network at the US Treasury who combat financial crime. They look into grievances and concerns about transactions made in US dollars need to be sent to FinCEN, even if they took place outside the US.

The FinCEN files comprise 2,657 documents, including 2,121 suspicious activity reports, most of which were files that banks sent to the US authorities between 2000 and 2017. They raise concerns about what their clients might be doing. These documents, known as Suspicious Activity Reports or SARs, are some of the international banking system's most closely guarded secrets. They reflect views by watchdogs within banks, known as compliance officers, reporting past transactions that bore hallmarks of financial crime, or that involved clients with high-risk profiles or past run-ins with the law. A bank must fill in one of these reports if it is worried one of its clients might be up to no good. The report is sent to the authorities.

In effect, they are crucial red flags raised by banks that point law-enforcement agencies to further investigation. Banks use them to report suspicious behaviour, but they are not proof of wrongdoing or crime. Hence, these are not evidence of illegality.

The documents were leaked to Buzzfeed News and shared with a group that brings together investigative journalists from around the world.

Hundreds of journalists have been sifting through the dense, technical documentation, uncovering some of the activities that banks would prefer the public not to know about. Fergus Shiel from the International Consortium of Investigative Journalists (ICIJ) said the leaked files were an "insight into what banks know about the vast flows of dirty money across the globe".

He said the documents also highlighted the extraordinarily large amounts of money involved. The documents in the FinCEN files cover about $2tn of transactions and they are only a tiny proportion of the SARs submitted over the period.

According to reports that appeared in The Indian Express, which is part of ICIJ and has accessed the leaked FinCEN files, Indian entities figuring in these documents include “a jailed art and antique smuggler; a global diamond firm owned by Indian-born citizens named in several offshore leaks; a premier healthcare and hospitality group; a bankrupt steel firm; a luxury car dealer who allegedly duped several high net worth individuals; a multinational Indian conglomerate; a sponsor of the Indian Premier League (IPL) team; an alleged hawala dealer”. A key finding is that in many cases, the very fact that individuals and companies are being probed by Indian agencies is part of the SAR flagged to FinCEN.

As many as 44 Indian banks figure in the FinCEN Files primarily because they are “correspondent banks” to the foreign banks which have filed these SARs. Key in this list are Punjab National Bank, Kotak Mahindra, HDFC Bank, Canara Bank, IndusInd Bank and Bank of Baroda, among others.

There are a total of 3,201 transactions which have been listed as "suspicious" in nature and these add to $1.53 billion—but this is only those where complete Indian addresses linked to different entities (senders, banks, beneficiaries) are available. These are attached as spreadsheets in each SAR.

Over and above, are thousands of other transactions, also linked to Indian entities where senders or beneficiaries have addresses in foreign jurisdictions, the report added.

What was more revealing is that the Indian Premier League (IPL) has also landed on the US financial regulator’s radar in a network of transactions involving a leading US bank, a little-known UK company, a Kolkata-based sponsor of an IPL team, and allegations of fraud and forgery.

In 2013, KPH Dream Cricket, which runs Kings XI Punjab, went to court against team sponsor NVD Solar International Ltd for “cheating and duping” them of $3 million in sponsorship fee. The SAR, filed by , reportedly offers a clue to what went wrong.

In 2013, San Francisco-based Wells Fargo Bank had received “a $2,975,460 SBLC (Standby Letter of Credit) from Deutsche Bank AG in London” with KPH Dream Cricket as the beneficiary. The SBLC for nearly $3 million was sought by Aerocom UK Ltd, an air tubes manufacturer, with no apparent links to the team or the sponsor.

The SBLC said that “in case of failure of the obligator, NVD Solar International Ltd of Dhaka, Bangladesh, was to pay the amount due as per the terms of the contract”.

However, according to the SAR filed by Wells Fargo, the SBLC turned out to be “fraudulent” and was “declined”. Wells Fargo’s SBLC unit found that none of the companies named in the request—applicant Aerocom UK, beneficiary KPH Dream Cricket, warrantor NVD Solar — were on the bank’s customer rolls. It concluded that the “SBLC is believed to be bogus, as a search of Wells Fargo electronic messaging system does not show receipt of this transaction”, according to the SAR.

An investigation by Wells Fargo’s Trade Finance Investigations unit also found out that the transaction also involved a forged signature.

The IPL case is just one among the many transactions with India connections that were red-flagged in a SAR.

Apart from the Indian exposes mentioned above, the FinCEN papers also threw light into a number of suspicious dealings around the world. BBC has listed down the major ones:

1. HSBC allowed fraudsters to move millions of dollars of stolen money around the world, even after it learned from US investigators the scheme was a scam.

2. JP Morgan allowed a company to move more than $1 billion through a London account without knowing who owned it. The bank later discovered the company might be owned by a mobster on the FBI's 10 Most Wanted list.

3. Evidence that one of Russian President Vladimir Putin's closest associates used Barclays bank in London to avoid sanctions which were meant to stop him using financial services in the West. Some of the cash was used to buy works of art.

4. The husband of a woman who has donated £1.7m to the UK's governing Conservative Party's was secretly funded by a Russian oligarch with close ties to President Putin.

5. The UK is called a "higher risk jurisdiction" and compared to Cyprus, by the intelligence division of FinCEN. That's because of the number of UK registered companies that appear in the SARs. Over 3,000 UK companies are named in the FinCEN files - more than any other country.

6. The United Arab Emirates' central bank failed to act on warnings about a local firm that was helping Iran evade sanctions.

8. Standard Chartered moved cash for Arab Bank for more than a decade after clients' accounts at the Jordanian bank had been used in funding terrorism.

Among the major global revelations, the investigation traced a Rhode Island drug dealer’s dollars to a chemist’s lab in Wuhan, China; explored scandals that crippled economies in Africa and Eastern Europe; tracked tomb raiders who looted ancient Buddhist artefacts that were sold to New York galleries; surveyed Venezuelan tycoons who siphoned money from public housing and hospitals; and scrutinized the Middle East’s largest gold refinery, the subject of a sprawling, never-revealed, US money-laundering probe.

Dozens of political figures who feature in the documents include Paul Manafort, the former Donald Trump campaign manager who was convicted of fraud and tax evasion.

How are FinCEN Papers different from earlier exposures?

The FinCEN papers are different because they are not just documents from one or two companies—they come from a number of banks.

They highlight a range of potentially suspicious activity involving companies and individuals and also raise questions about why the banks which had noticed this activity did not always act on their concerns.

FinCEN said the leak could impact on US national security, compromise investigations, and threaten the safety of institutions and individuals who file the reports. But last week it announced proposals to overhaul its anti-money laundering programmes.