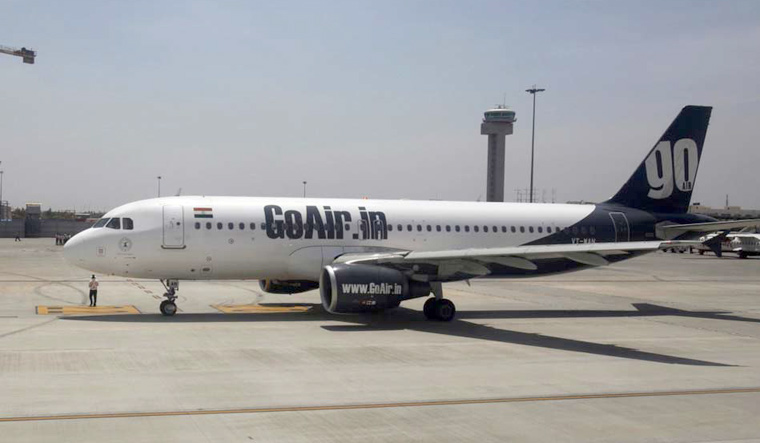 Budget carrier GoAir continues to see the exodus of senior management level personnel with two more executives, including its Head of Flight Operations Nikhil Ved, parting ways with the Nusli Wadia-promoted no-frills airline, sources familiar with the development have said.

Their departure comes close on the heels of half-a-dozen other senior executives, including the then CEO Vinay Dube quitting the carrier last month, whose majority of the employees are on "Leave Without Pay" mode for the last many months.

COVID-19 has impacted the aviation sector globally due to suspension of visa and travel services by many countries, including India, to combat the pandemic, with airlines struggling for survival in a low demand environment.

The revenue of domestic airlines dropped by 85.7 per cent to Rs 3,651 crore in the June quarter from Rs 25,517 crore during April-June period 2019, the government informed Parliament on Wednesday.

"After the resignation of some six senior executives in recent past, two more GoAir senior officials --head of flight operations Nikhil Ved and senior GM flight operations Manoj Arora-- have left the carrier," said a source.

Significantly, Ved had moved to the budget carrier from Jet Airways after it ceased operations in April last year. He joined the carrier following Dubey, the former Jet Airways CEO, boarded the Wadia's carrier first as an advisor and then stepped into the position of the CEO.

"Ved's exit from the carrier was a foregone conclusion after Dubey was removed from the job last month," said another source.

GoAir, in an e-mail response to PTI on the quitting of the two executives said, "GoAir like any other carrier worldwide has been impacted by the unprecedented scenario owing to COVID 19...the airline has attempted to control costs wherever possible and is continually looking at several areas to optimise costs. In this context the airline is taking steps to realign the organisation structure."

It also said it has taken "proactive measures in time to ensure that it remains agile, cost effective and scalable."

Airlines worldwide have been deeply impacted with some of them even filing for bankruptcy, it said, adding, "for GoAir, the business model is scalable and to have least of the negative impact of this extreme situation, it took immediate proactive steps to ensure that the airline is able to cut its costs as is prudent with any commercial enterprise."

"GoAir continues to assess the current market situation and will align its cost structures with the current flight operations. These are planned furloughs in order to minimise cash burn so that the staff count is aligned to the current scale of operations," the airline stated.

Given the uncertainty around the current situation and keeping the long-term growth trajectory planned for the airline, "we will take all possible steps to reduce cash burn as there is no certainty on the demand curve. We are looking at this as a short term measure to align the cost to the revenue to avoid negative impact of fixed costs," GoAir said.