Jobs are back, but they are mainly in rural India and not in cities

While salaried ‘office jobs’ fell by 1.8 crore, that of farmers, ‘workers’ went up 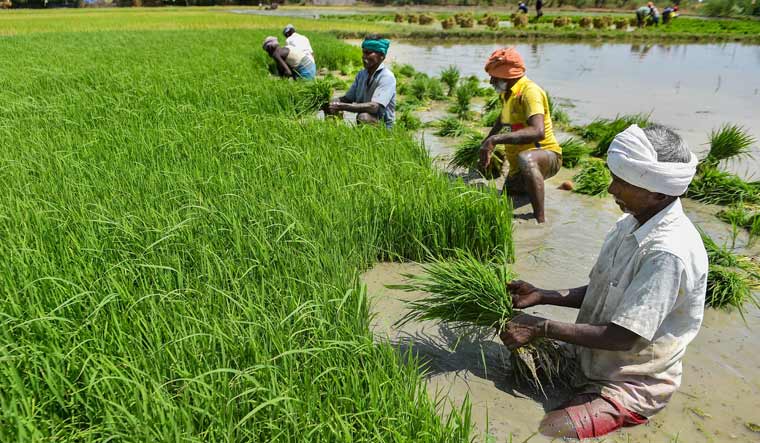 India’s employment rates are going up, but it's not yet time to celebrate, because it can be good news or bad news, depending on which side of the divide you are on.

Blame it on the ‘new normal’ or whatever the changes COVID-19 and lockdown has brought about, but there seems to be a reversal of fortunes. While jobs in the urban ‘formal’ sector (read, salaried 'office' jobs) have taken a hit, employment has steadily gone up through all these uncertain months in the rural hinterland.

Unemployment rate in Indian cities, which had shot through the roof in May to a scary 25 per cent, has now fallen to a more stable 9.61 per cent this week, according to figures released by the Centre for Monitoring Indian Economy (CMIE). However, the figures are better in rural India, at 8.86 per cent.

The writing on the wall? The job situation may have improved overall, with unemployment rate dropping and more jobs on offer, but perhaps, for the first time, it seems skewed in favour of the rural economy.

“While informal jobs have returned, and even increased after being hit by the lockdown, formal jobs have not,” said CMIE MD and CEO Mahesh Vyas. Figures show that non-salaried, informal employment has risen from 31.7 crore last year to 32.5 crore in July 2020. At the same time, formal jobs have actually decreased by 1.8 crore. Or, to put it more clearly, salaried ‘office jobs’ fell by 1.8 crore, that of farmers and other ‘workers’ actually increased.

While things are picking up, the irregular graph has not only flummoxed economists, it has also put paid to any hopes of a rapid U- or V-shaped recovery. “Salaried jobs have been impacted significantly due to the loss of effective demand in the economy during lockdown,” Paul said.

This does not augur well, since, at the end of the day, it is urban jobs that keep consumption (loans and shopping that keep the wheels of economy churning) up, and the uncertainty and dip that is being witnessed in this sphere directly translates into less consumption, which then means a dip in growth—a vicious cycle. As Vyas noted in a column, “Loss of urban salaried jobs is likely to have a particularly debilitating impact on the economy, besides causing immediate hardship to middle-class households."

An additional worry has been the zig-zagging graph of unemployment. Rates got better in June-July, but worsened again in August. For example, urban India unemployment rate had improved to 8.73 for the last week of July, but has since then gone up to 9.61 this week. Similarly, rural rate had improved to 6.34 per cent in early July, but has since then gone up. The latter can probably be explained based on the seasonal jobs that crop up during the sowing and harvest season, as well as the work provided by the Union government’s job guarantee scheme, MNREGA.

As per the International Labour Organisation (ILO), as many as 40 crore workers are at risk of getting poorer due to the effects of the COVID-19 pandemic and the ensuing economic pains. An SBI estimate says Indian economy will contract by 16.5 per cent in the April to June quarter alone, which cumulatively translates into an almost -7 per cent decline for the whole financial year.

There is hope, though. According to data with leading professional networking site LinkedIn, hiring has increased by 35 per cent since the start of lockdown. The buzz in the HR world is that more jobs are headed India's way, as many multinational companies are expected to move many of their operations to India, particularly in technology and business continuity. But LinkedIn figures also show that the average number of applicants for every job opening has now doubled.