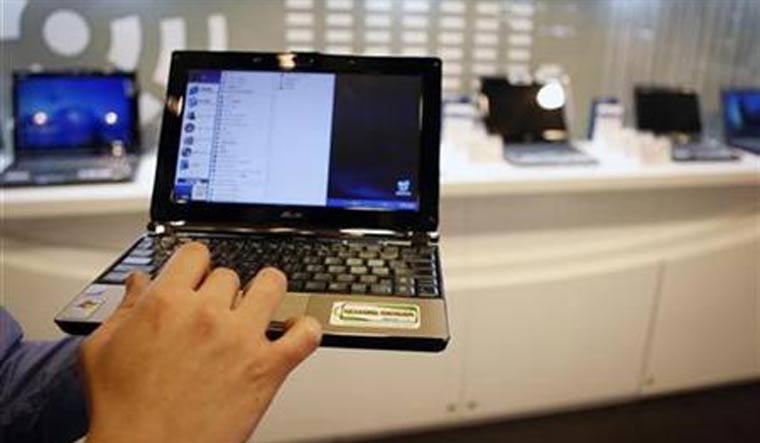 The COVID-19 pandemic that has rapidly spread around the world in the last few months, forced millions to work from home as offices closed and social distancing became the norm. That has driven sales of notebook computers to enterprises (500 or more employees) to an all time high, even as the overall personal computer market in India declined in the April-June quarter.

Most IT services, global enterprises, and consulting companies placed large orders for notebook PCs last quarter, as enterprises rushed to ensure business continuity by providing their workforce the required infrastructure to work from home. This led to 105.5 per cent year-on-year surge in notebook PC shipments to enterprises, according to data from International Data Corp (IDC).

Sales of notebook PCs to small and medium businesses also increased 12 per cent as they too increased their procurement.

Overall though, India’s PC market, which includes desktops, notebooks and workstations declined by over 37 per cent to 2.1 million units, as COVID-19 and the lockdown hit consumer demand. Also noteworthy was that in the year ago quarter, Lenovo had executed a large deal of 1.1 million units shipped to Electronics Corporation of Tamil Nadu (ELCOT). Excluding that deal, the PC market declined only 6.3 per cent in the June quarter, while total notebook sales grew 18 per cent.

“The demand for notebooks exceeded expectations with most of the vendors exiting the quarter with minimum inventory. Despite the supply and logistics challenges in the first half of the quarter, companies executed most of the large orders in the second quarter of 2020,” said Bharath Shenoy, market analyst, PC devices, IDC India.

The surge in demand for notebooks though seems to have affected desktops. Desktop PC sales tumbled 46.4 per cent in the quarter.

“Many companies shifted their employees to notebooks for the first time; this change is surely going to alter their procurement strategy in the long term with a mix of in-office and remote workforce becoming a reality for many organisations,” said Shenoy.

HP remains the largest player in India’s PC market with a share of 32.8 per cent and sales of 692,000 units in the April-June quarter. Lenovo, which saw a near 32 per cent jump in shipments in the quarter (excluding the ELCOT deal executed a year ago), shipped 580,000 units and climbed over Dell Technologies to become the second largest player in the market, with a share of 27.5 per cent.

The strong decline in desktop PC demand, hurt Dell, which slipped to the third position with sales falling 22 per cent to 377,000 units.

Looking ahead, though, the PC market is expected to remain slow as most of the large orders by enterprises to ensure business continuity were more or less executed in the last quarter.

“Enterprise buying will come back own to earth and small and medium business demand is expected to remain muted for some quarters,” said Jaipal Singh, associate research manager, client devices, IDC India.

However, new growth opportunities like e-learning could be tapped into, he added.