Competitive prices and plans to increase production to drive growth 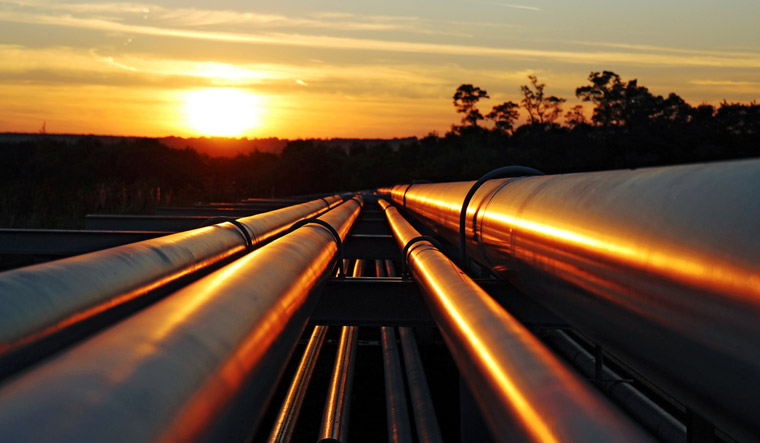 The post lockdown times have seen the Indian gas sector looking up with a sharp increase in the domestic gas supply from no growth between FY17 and FY20 to over 12 per cent compound annual growth rate (CAGR) over FY21 to FY24, even amid the uneven impact of COVID-19 on gas consumers.

The growth was also driven due to a global excess supply (over demand) that kept the Liquefied Natural Gas (LNG) prices competitive and that is expected to benefit the Indian gas utilities further. A report by research firm HDFC Securities points out that low prices coupled with pipeline infrastructure expansion will ensure robust gas demand in India. The commissioning of long-distance gas pipelines, the rising penetration of the city gas network post the tenth round of auctions in November 2018 and the low gas price (domestic and LNG prices are currently at their 10-year low) will also further drive the growth of the segment.

The report further states that domestic gas production in India will rise for the first time in almost a decade and the increase is expected by around 40 per cent over FY21-24.

This expert further feels that the gas demand across Indian cities is also expected to get a further spurt with the completion of the tenth round of city gas auctions, “With 80 Geographical Areas (GAs) allocated in the 9th round and 50 more (GAs) in the tenth round, India should witness a significant investment drive in the next 4-5 years for the development of these city gas areas. This should ultimately boost gas demand of the city gas sector. The government’s decision to raise excise duty on petrol and diesel in March-20 has improved Compressed Natural Gas’ (CNG) competitive position against liquid fuels. Besides, falling gas price has resulted in a fall in CNG price, widening the discount as well as supporting CNG margins,” added Katkar.

The HDFC report also points out that in order to promote the development of City Gas Distribution (CGD) network, the government had granted priority in domestic gas allocation to domestic piped natural gas (D-PNG) and Compressed Natural gas (CNG) segments in Oct-2014.

“The Ministry of Petroleum and Natural Gas (MoPNG) has allowed 100 per cent domestic gas, i.e. Administered Price Mechanism (APM) and Panna Mukti Tapti (PMT), supply for DPNG and CNG based on the entity’s previous six-month average consumption. An additional 10 per cent of gas is allocated to meet any fluctuations in growth and demand. Through this policy domestic gas supply has been prioritised over the fertiliser and power sectors. Cheaper domestic gas makes D-PNG and CNG competitive compared to alternative fuels. Since then, CGD gas consumption has increased,” remarked Katkar.

It is also expected that the gas pipeline infrastructure will expand in the country after a long hiatus. Interestingly India currently has 17,500 kilometres of gas pipeline, predominately in western and northern India. The government has announced a national gas grid network project with an investment of Rs 92 billion under which 17,000km of gas pipelines will connect eastern and southern India to domestic gas sources and also to new LNG terminals. GAIL has been actively engaged in developing this network and is working towards the development of a National Gas Grid structure as a backbone for expanding the infrastructure reach across the country.

Currently, the transmission infrastructure dominates the western and northern parts of the country, but the eastern and southern parts are significantly underserved. As per the HDFC Securities report, the development of different pipeline projects across the country will not only cater to existing demand but also spur strong multi-year demand from industries as well as the city gas segment.