Microsoft-TikTok: Why a potential acquisition could make sense 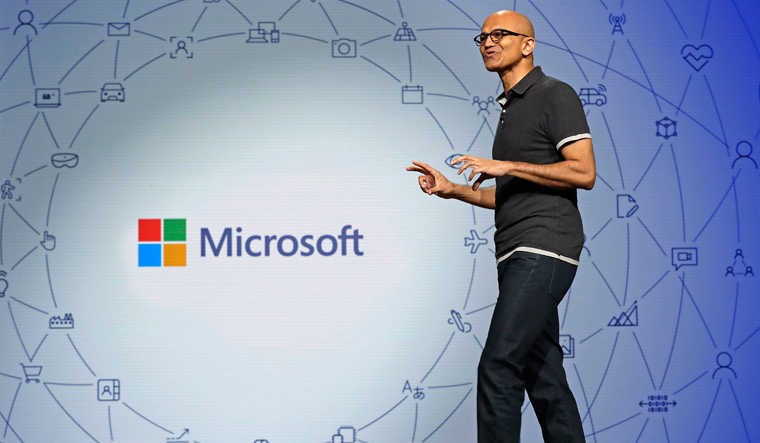 With the Donald Trump administration planning to order China's ByteDance to sell Tik Tok, various reports suggested that a number of suitors have indicated their interest in the fastest growing video-sharing app. However, on Friday, it took the industry by surprise when reports suggested that Microsoft has emerged as a potential buyer.

Though Microsoft has built a successful consumer operation around its Xbox gaming platform, the TikTok acquisition speculations raised eyebrows because traditionally, the company's focus has been on enterprise software business. While it's premature to conclude that Microsoft would end up acquiring TikTok as the talks are still in the early stages, a potential deal would prove sensible.

For one, TikTok acquisition would aid Microsoft to push deeper into a younger demographic. According to a Financial Times report, the high engagement TikTok had achieved with many of its younger users had eaten into their time playing games, making it a natural complementary service for Microsoft to explore.

With cut throat competition from the Big Four—Google, Amazon, Apple and Facebook—an acquisition of the app that gets the highest social media engagement rates per user is definitely a win for Microsoft that is looking to expand its market. The recent quarter results shows why Microsoft needs to think out of the box to stay relevant and capture growth. The results showed how the novel coronavirus is both helping and hurting Microsoft. Businesses are investing in cloud technology for remote work, and the video game Minecraft scored a record 132 million monthly active users as families worked and played from home. But Microsoft’s forecast for some versions of its Office software slightly missed expectations because of weak sales to struggling small and mid-sized businesses.

Another factor in favour of the Microsoft-TikTok combination is that it would lead to a third player in the digital advertising market, currently monopolised by Google and Facebook. In fact, in the aftermath of scrutiny of the Big Four over their anticompetitive practices before a US House of subcommittee earlier this week, Microsoft may emerge as the preferred option for the administration, too. Microsoft’s businesses would benefit by adding scale to its burgeoning digital advertising operation, anchored by its Bing search engine.

While it is easy for one of the Big Four to acquire TikTok, the prevailing conditions might not be in favour. Facebook and Google have already had their run-ins with the US administration and the European Union for the acquisition of Instagram and FitBit. Apple is not likely to make acquisitions anywhere near as large as TikTok.

As for TikTok, it is on the cusp of an explosion from a valuation standpoint. Over 800 million active users across 39 languages across the world and 20 per cent revenue from the US—any company who has the money and appetite for growth should grab the opportunity. TikTok is just now beginning to monetise its huge audience with advertisements, and curated, targeted, clever short-form video ads are perfect for a younger audience that skips or pays to ignore traditional TV commercials.

In the event of a TikTok sell-off, the loser, if there is one, is ByteDance because the parent firm would be selling just as TikTok is about to take off. While it was not immediately clear how much TikTok would be worth in a sale, its value has been estimated in the tens of billions of dollars.

Reuters reported earlier this week that some of Bytedance’s US investors have proposed a bid for a majority stake of TikTok, valuing the company’s non-China operations at $50 billion. The offer would be about 50 times TikTok’s forecast sales of $1 billion this year.

Apart from Microsoft, the other contenders for TikTok include US venture capitalists such as General Atlantic and Sequoia Capital.