Govt to come out with strategic sectors list soon: FM 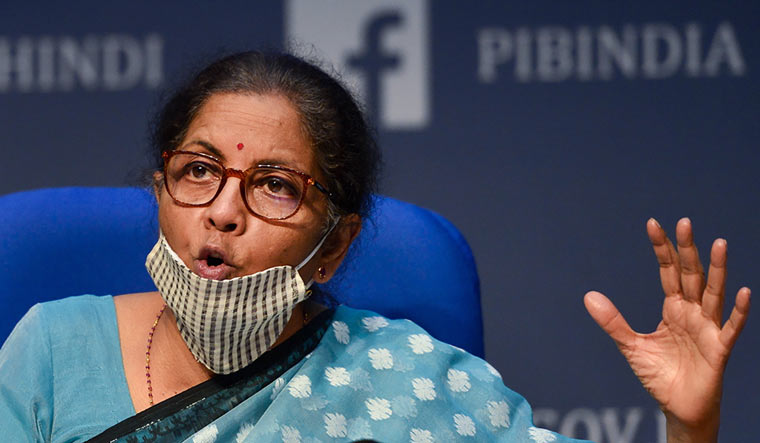 The government will soon come out with a new public sector enterprises policy that will define strategic sectors which will not have more than four PSUs, Finance Minister Nirmala Sitharaman said on Saturday. As part of the 'Atma Nirbhar Bharat Abhiyan' package, the finance minister in May had announced that there will be a maximum of four public sector companies in strategic sectors, and state-owned firms in other segments will eventually be privatised.

"We are working on it... it should go to cabinet soon," she said in interaction with the media when asked about the strategic sector list. She said there could be various models to achieve a minimum four PSUs in case of those falling under the strategic sector.

Either they will be merged, or they will be brought together in such a way that there are only four or lesser, she said. Under the policy, a list of strategic sectors will be notified where there will be at least one and a maximum of four public sector enterprises, apart from private sector companies.

In other sectors, central public sector enterprises (CPSEs) will be privatised depending upon the feasibility. "We would like to announce a PSE policy (as) a self-reliant India needs a coherent policy. All sectors will be opened to private sectors also.

"PSEs will continue to play an important role in defined areas. We need a coherent policy because sometimes you open up some sectors in piecemeal... Now we shall define the areas... where their presence will be impactfully felt," Sitharaman had said while announcing the package.

Asked about expectations from the meeting of the Monetary Policy Committee next week, the finance minister said that's for the RBI to decide. Speaking about the state of the economy, she said it is definitely trying to come out of difficulty but would be difficult to get a complete picture at this point of time due to uncertainty around the pandemic.

Value chains are getting disrupted due to containment zones in many parts of the country because of the pandemic, she explained. Emphasising that the Prime Minister is speaking with various stakeholders on a regular basis to get feedback on the evolving situation, she said the government is keeping all options open to help support the economy.

There are some kinds of green shoots but the government is cautious about these parameters, she said, adding that the economy is at a stage where every sector is trying to beat pandemic and revive. "Hopefully this spirit will help revive the economy, and the government is willing to hear and keep all options open...RBI has reached out to the industry with liquidity, and other than just monitoring inflation it has also kept growth in mind. Economy will benefit from this," she said.

Asked about the privatisation of banks, she said the government has only cleared the proposal to privatise IDBI Bank so far. The government currently owns 46.5 per cent stake in IDBI Bank. In January 2019, LIC completed acquisition of 51 per cent controlling stake in the lender. The state-owned life insurer infused Rs 21,624 crore into the bank.