Why India is good at designing chips, but not at manufacturing them 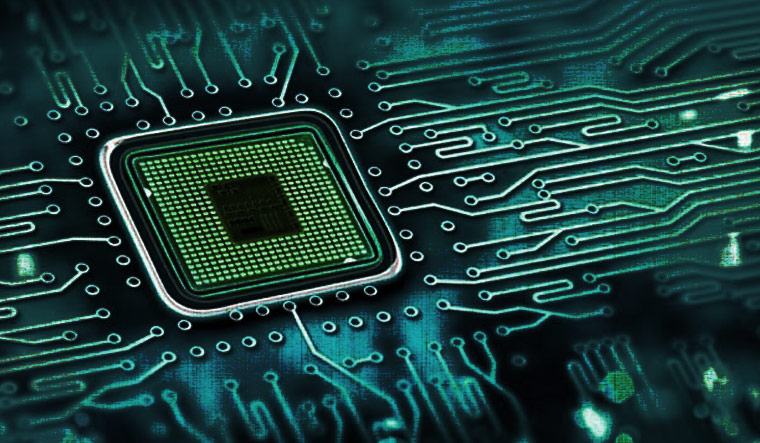 Though India has developed expertise in chip designing and in delivering technical services around microchip design, it still lacks in fabrication facilities, which require huge investments. While India has state-of-the-art R&D centres focusing on chip design, it has a limited number of fabless startups and companies.

The investment required to start chip fabrication facilities has kept India lagging far behind countries like Taiwan and the US.

“Chip design and manufacturing is a highly capital-intensive business. It calls for a developed ecosystem for the business to thrive. We need huge enablement to take place for this sector to startup in India. We need access to capital, favourable policies and investment on the ecosystem from design to application engineering. These are not available in India right now. The government has to decide if this is an industry which needs to be promoted,” remarked Aditya Narayan Mishra, Director and CEO of CIEL HR Services.

Even defence PSUs such as BEL which, along with Wipro, designed and developed an indigenous System on Chip (SoC) for applications such as tablets and secured phones, relied on having the fabrication done abroad and not in India—as India does not have the required facilities.

Experts say that there are two aspects of a chip system domain: One is the chip design aspect and the other is the manufacturing aspect. The design domain is strong in India; in areas like networking, microprocessors, analog chip design and memory subsystems, there are several MNCs, design centres, service houses and local chip designing companies in India working for government requirements.

“A fabrication facility for chip manufacturing requires on an average $8-to-10 billion of investment. Very few private investors are willing to invest that much money as they first have to see the commercial viability of such a project. Most chip designers outsource to third-party manufacturers who have the expertise and scale in developing such chips,” Dr Satya Gupta, Chairman of India Electronics and Semiconductor Association (IESA), told THE WEEK. He adds that while the government has repeatedly come up with new policies and incentives for chip manufacturing, these still take time.

Experts say that though India would like lower its dependence on countries like China, components chip manufacturing is something that needs to be done in countries such as China and Taiwan—as only they have the required ecosystem and setup to do.

“We need to justify the initial cost and the volumes of manufacturing chip sets here in India. If volumes are huge then the investment can be justified in India but then component manufacturers source will have no choice but to source it from countries such as China and Taiwan that have fabrication facilities,” explained P.V. Rai, a director at the Federation of Karnataka Chambers of Commerce and Industry (FKCCI).

On top of building the ecosystem required to supply materials in chip design, manufacturing is expensive unless done at the scale seen in China and Taiwan.

“Companies in China and Taiwan have had a lot of government support over the last couple of decades to foster such an ecosystem, which consists of materials, machinery, manufacturing, testing, packaging, and sales. It is a complete ecosystem that does not exist yet in India. In fact the Indian government tried one initiative called the HSMC (Hindustan Semiconductor Manufacturing Corporation), like the TSMC (Taiwan Semiconductor Manufacturing Company), which did not take off—based on the need for heavy initial investment and delayed return on investment,” says Ganesh Suryanarayanan; CTO Myelin Foundry Pvt. Ltd.