Search engine giant to invest in Jio Platforms for a 7.7 per cent stake 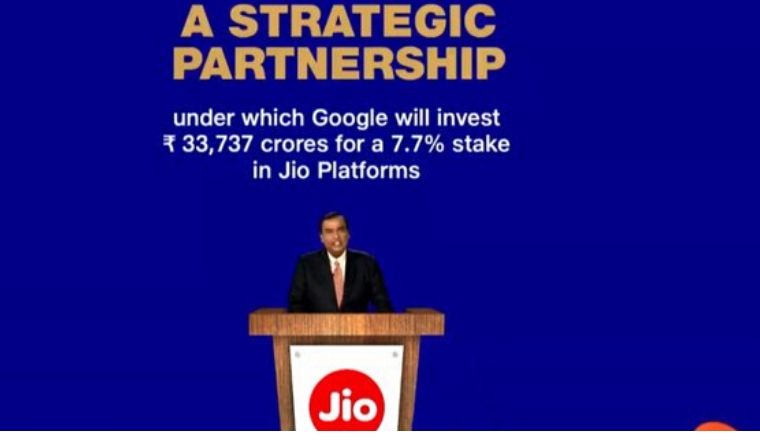 Ambani said the target of capital raise for Jio Platforms is complete with onboarding of Google. This investment by Google values Jio Platforms at an equity value of Rs 4.36 lakh crore. With this, RIL has raised a total of Rs 1.52 lakh crore since April from investors including Facebook, KKR, Qualcomm, Silver Lakes and General Atlantic Singapore.

The race for a pie of India's fastest growing telecom company commenced with Facebook's $5.7 billion investment in Jio Platforms for 9.9 per cent stake in April this year.

On Tuesday, a day after Pichai announced the multi-billion dollar fund for India, speculations were rife that Google was planning to invest in Jio.

Interestingly, soon after Facebook's investment in Jio, varios media reports had said that Google was mulling to invest in Jio's rival Vodafone Idea. However, both Google and Vodafone Idea had denied the reports then.