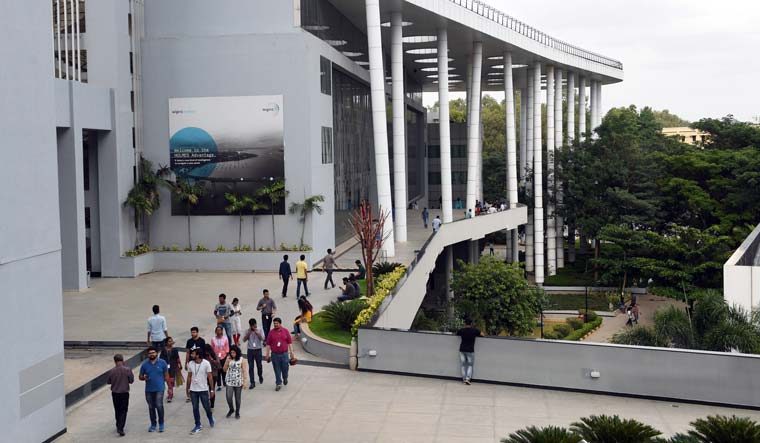 The Q1 results that were announced by the IT major Wipro turned out to be surprisingly positive as it met market expectations.

The company posted a net profit at Rs 2,390.40 crores for the quarter ended June 30, compared to the net profit of Rs 2,387.60 crore in the same quarter the previous year.

At the same time the consolidated revenue of the company was Rs 14,913.10 crore in Q1FY21, over Rs 14,716.10 crore in the same period last year. Despite putting up a resilient show in the present quarter, the company declined to provide a formal revenue outlook for the next Sep'20 quarter and unlike TCS, remains circumspect about seeing a recovery in the near term.

Currently 95 percent of the company's staff is working from home. The company also announced the acquisition of IVIA Serviços de Informática Ltda, a specialized IT Services firm from Brazil. It specialises in financial services, retail and manufacturing sectors in Brazil. The company is headquartered in the Northeast of Brazil.

It needs to be observed that despite a tough business environment Wipro won a few large deals. It was selected by John Lewis Partnership, one of the UK’s leading retail groups, as a strategic partner to help drive its retail transformation agenda. Besides this, Wipro won a strategic, multi-year infrastructure modernisation and digital transformation services engagement by Germany based energy company E.ON.

The company also secured a contract from a US-based food distribution company to deploy its CoTrack solution to meet the demands of the changing workplace due to the current pandemic.

“I have spent the last few weeks getting a holistic view of our business and I have been working closely with the Chairman. Profitable growth will be the most important priority on my agenda. I am confident that we will be able to deliver long-term, sustainable growth in the interest of all our stakeholders,” remarked Thierry Delaporte, CEO and Managing Director of Wipro during the result announcement.

Jatin Dalal, Chief Financial Officer of Wipro pointed out that the company had expanded the margins during the quarter, despite lower revenues, on the back of execution of several operational improvements and rupee depreciation.

Experts say that it seems that Wipro has worked extensively to cut down costs and worked towards operational optimisation.

“Despite the pandemic they achieved this result. It shows that the company performed positively. It is possible that the new CEO will aggressively aim at overall growth for the company over the next few quarters. Growth had been alluding Wipro for a very long time,” remarked Alok Shende of Ascentius Consulting.

Experts say that the reason for margin expansion for Wipro was better utilisation and currency.

“The revenue was inline, margin expansion was better than expected. The reason for margin expansion was better utilisation and currency benefit. Cash conversion was very healthy. Besides this the drop in communication and consumer was higher than expected. BFSI continues to be weak but performed well compared to other verticals. Still no guidance for the next quarter, citing uncertainty and drop in discretionary spend,” Amit Chandra, Vice President of IT Research at HDFC Securities, told THE WEEK.