With the latest update, OnePlus 8 Pro’s colour filter works only in broad daylight 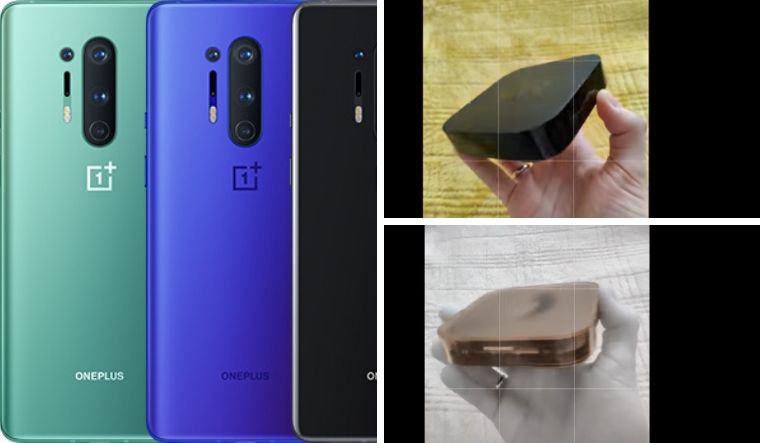 [Right above and below] The before and after photos of the colour filter on OnePlus 8 Pro [left] | Image courtesy: Ben Geskin Youtube

Ever since its launch, OnePlus 8 Pro courted the headlines for its color filter camera's 'see through' capabilities using the X-ray vision feature. As creepy as it sounds, users reported on popular social media platforms that the camera let them see through some thin plastics and other materials, including certain types of extremely thin cloth, inevitably leading to worries about the commercial use of "X-ray vision."

With questions being raised about the lens, OnePlus has now rolled out a patch to stem potential abuse by limiting the camera's functionality. The latest update—OxygenOS version 10.5.11—disables use of the color filter camera outside well-lit settings. The filter now works only in broad daylight and not under indoor conditions.

The move mitigates to a certain extent the use of the camera for anything creepy. It tweaks the mode such that it pulls data both from the primary and color filter cameras and combines the two to form an image that (hopefully) exhibits the cool color effect without exposing any covered bits, reports Android Police.

What's the color filter camera? How does it work?

A photo filter is among the most common and popular features used by users on smartphones. OnePlus 8 Pro's color filter was just another filter. However, what makes it different is that it had a dedicated color filter camera system that applies filters the old-fashioned way. There is a separate 5MP camera sensor and lens that is coated and used when you choose the feature in the camera app. "With the main camera capturing your scene, and the color filter camera capturing the same scene with an actual lens filter, the two streams can be combined when the photo is snapped. There is only one coating, but in the camera software, you choose what effect you would like to see. OnePlus has used a neutral coating that brings out highlights and color data in a way that the image processor can turn it into a better photo filter. The result is a handful of filters ranging from a very subtle "vivid" all the way to an inverted "photochrom" look. And theoretically, OnePlus could add more filters later that also leverage this dedicated camera," explains Android Central about the technology behing the filter.

Special types of equipment can capture infrared radiation, including night vision goggles and thermal cameras. This allows you to see through certain materials, as infrared passes through them in a way visible light (which is all our eyes perceive) cannot. Firefighters, for example, use infrared cameras to see through smoke into burning buildings.

The camera was intended to be used in OnePlus's Photochrom photo mode, which takes pictures that accentuate certain hues while making others monochrome. But as Android Police reports, due to a lack of UV coating, the sensor picks up ultraviolet light that the human eyes are incapable of seeing, even through some seemingly-opaque materials. That explains how users were able to see-through opaque materials like remotes once the filter was enabled.

Could the lens really penetrate through clothes?

Contrary to various claims, OnePlus 8 Pro's color filter camera was never particularly effective at seeing through clothing. The see-through effect is mostly visible with thin plastics, such as a remote, that's almost see-through even to naked eyes. The filter does not work on something thicker, like a keyboard.

OnePlus was also never the first to use the technology. The Pixel 4 and the latest iPhones use IR blasters and cameras for biometric authentication, even if you can't take pictures with them. VR equipment like the Oculus Rift works with the same technology. There are even some old Sony camcorders that used to include an infrared night-vision mode.

OnePlus vowed to patch the camera software to prevent that type of use. The color filter camera was accidentally disabled altogether in May and re-enabled last month, and now an update is rolling out that changes the way the mode works and nerfs its X-ray-like capabilities.

“The updated Photochrom filter uses data about the lighting conditions collected by the Color Filter camera to generate photos with the main camera,” OnePlus told Android Authority about the latest update. Some users reportedly claim that the updated Photocrom mode no longer uses the color filter camera.

The colour filter lens was, however, always disabled in the phones sold in India, with the company promising the roll out in a future update. It is yet to be clear if the feature was accessible to users in India.