Warehousing to the rescue of Indian real estate 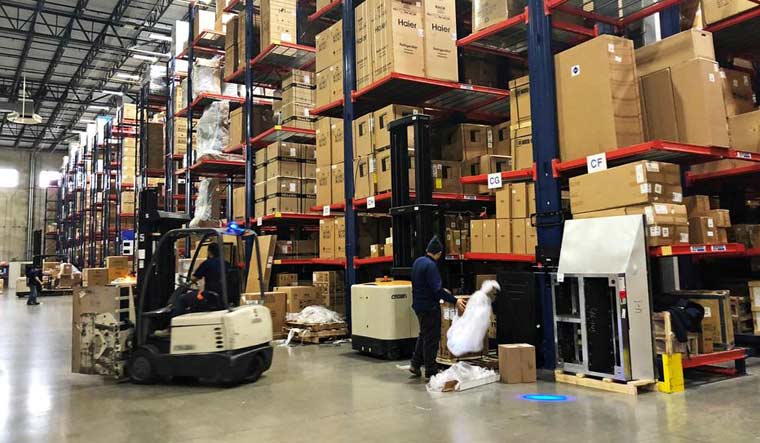 Despite the economic slowdown and the pandemic, warehousing market has remained largely resilient recording growth of 44 per cent CAGR in the last three years | Reuters

Godowns are going up. As the pandemic reworks the very dynamics of the economy, India's troubled real estate sector is pinning its hopes on the till-now unglamorous segment of warehousing for a glimmer of good news.

While real estate was synonymous with the housing market for a long time, the lack of growth in that area had been troubling for long. The degrowth that came as an offshoot of the global financial crash of 2008-'09, and later developments like the hyperactivity of 'fly-by-night' operators, rule changes like RERA and not to mention de-monetisation. For example, according to Anarock, sales fell by half across the top seven cities in the country in the first half of this year, compared to the last 6sixmonths of 2019.

As an overall slowdown in the Indian economy took roots, the category had come to rely on the rising demand in office space in the past couple of years. But COVID-19 might just have put paid to that. With Work-From-Home, staggered attendance proving themselves to be more than just a passing fad, it is all but clear that the good times are over for big ticket office deals in the real estate space.

Enter, warehousing. Yes, the very same previously-considered dull segment of godowns and storage complexes are suddenly the new stars on the block. According to a report unveild by Knight Frank on Thursday, warehousing transactions have risen by leaps and bounds in the recent past. Demand growth has been healthy in all leading Indian cities, with growth in cities like Patna and Jaipur at over 200 per cent in 2020.

The national capital region, the biggest market for warehousing, saw the largest volume absorption of warehousing space, with Mumbai and Pune not too far behind. According to the report, existing space under warehousing in India is presently just above 300 million sq ft, with a potential to add another 193 million sq ft. Cities with the most potential include Chennai, Hyderabad and Ahmedabad.

Spurring this trend is, of course, the 'new normal' with digital businesses picking up post the pandemic, which need huge warehousing and logistics centres to co-ordinate the orders and deliveries efficiently. It is no surprise that e-commerce players like Amazon and Flipkart are some of the biggest takers. E-commerce is followed by manufacturing sector in taking up warehouses.

“Despite the economic slowdown and the pandemic, warehousing market has remained largely resilient recording growth of 44 per cent CAGR in the last three years,” points out Shishir Baijal, chairman and managing director, Knight Frank India. “Demand has especially been strong from industries such as 3PL, E-commerce, FMCG and Pharmaceutical, which is expected to continue in this financial year, too.”

Warehousing, realty insiders point out, has its own advantages. Not only is the demand going up due to the changed nature of the economy, there are several pluses to work with. Tenants tend to retain leases longer, while the requirements tend to be outside prime areas, mostly in peripheral areas of city limits. This means that not only does the land come cheap, they tend to appreciate in value as cities grow outwards. In the national capital region, for instance, some of the biggest warehouses are coming up near exit points of the KMP Expressway in Haryana.

The lucre is also garnering the attention of the big daddies of realty. Some recent entrants include Greenbase, a subsidiary of the Hiranandani group which focuses on warehousing, as well as Bengaluru's Embassy group. Hiranandani had formed a joint venture with the American investor biggie Blackstone a few months ago for warehouses and industrial parks. According to a global property consultant, money flowing into the warehousing part of Indian real estate could virtually double to almost 50,000 crore rupees by next year. This is based largely on demand from e-commerce and other consumption-led sectors.

Private equity investment in real estate is expected to as much as halve this year, according to a report by Cushman & Wakefield. But this is not essentially bad news, as trends indicate that the money that is coming in will be re-aligned and re-directed into areas like warehousing and logistics. “Warehousing segment has been gaining traction with investors in the last few years due to the potential of India's domestic consumption and overall GDP growth,” adds Baijal.