The device was named the ‘TIME’ Best Invention of 2019 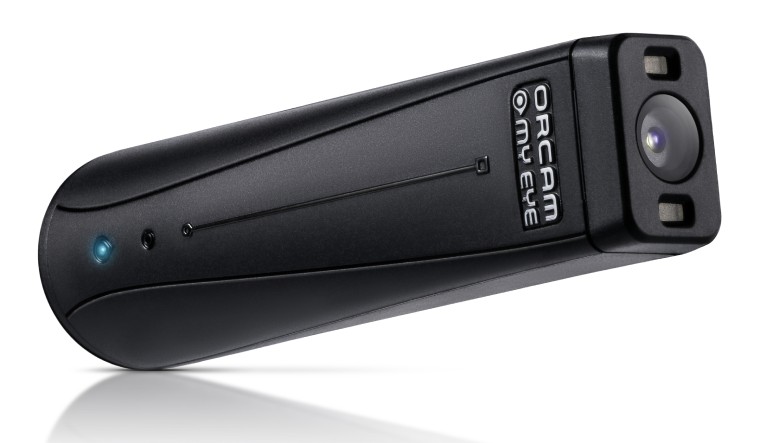 Israel based OrCam Technologies, a company specialising in personal Artificial Intelligence platforms, is foraying into the Indian market. This Israeli firm, founded by Israeli innovators Prof Amnon Shashua and Ziv Aviram, would be marketing OrCam MyEye, an assistive technology device that was named the ‘TIME’ Best Invention of 2019.

MyEye is a wireless device meant for the visually impaired that fits into the size of one’s finger. It discreetly reads printed and digital text out loud from any surface on a real-time basis. It has the capability to read newspapers, books, computer and smartphone screens, restaurant menus, labels on supermarket products and street signs etc. Besides this, it can instantly recognise faces, identify consumer products, colours and currency notes.

Interestingly, in the recently held Israeli national elections, the device was part of a pilot program to enable the visually impaired to vote on their own without an escort. The device that weighs only 22.5 grams can be magnetically mounted on the wearer’s eyeglasses frame. The device is activated by an intuitive pointing gesture or simply follows the wearer’s gaze that allows hands-free use without the need of a smartphone or a Wi-Fi, resulting in real-time audio communication while ensuring data privacy.

The MyEye is currently used by thousands of users across the world in more than 50 countries in North and South America, Europe and Asian countries such as Japan, China and South Korea among others, according to OrCam. It is available in around 25 languages including Chinese and Japanese. 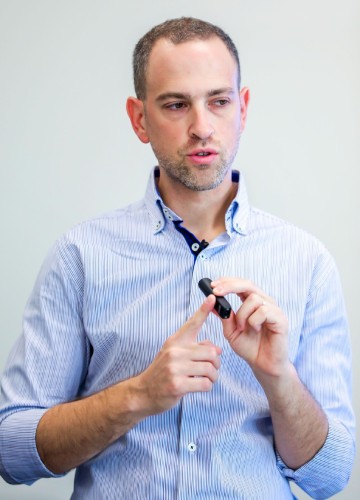 “The localised version currently available for sale in India will have English language capabilities. It will read with an Indian accent text-to-speech engine, recognise Indian currency and identify consumer products based on Indian products’ barcodes. We made a strategic decision to initially provide only the English version in India as it is one of the official languages and is the language most common among our target audiences,” Liron Rosenbaum, Asia Director of Business Development, OrCam Technologies told THE WEEK.

Rosenbaum further said that they plan on introducing this device in other different Indian languages only after the initial response to their English version in India. “Since developing a new language requires a substantial investment in R&D and resources (that is, time and money), we will develop new languages based on the response to a commitment in the form of a large order. We hope to reach an agreement with the Indian Government to subsidise OrCam devices which, in turn, could lead to the development of additional Indian languages, starting with Hindi,” he added.

Though there is no definite pricing strategy yet for the company in India, it is expected to be equivalent to any other markets in which the company is active, though the business models might vary slightly to accommodate market specific characteristics. The target customers in India will be the visually impaired and blind, but gradually they plan to approach additional segments within the population with reading difficulties such as people suffering from dyslexia, neurological disorders and the elderly who suffer from reading fatigue.

As a go-to market strategy in India, OrCam has engaged in referral programs with a few of the major private eye hospitals in the country and is working with local business partners. It is also planning to tie up with Indian companies that have a Corporate Social Responsibility (CSR) mission to help people with disabilities.