Designed by New York architect John Burgee, it was one of a kind when it opened 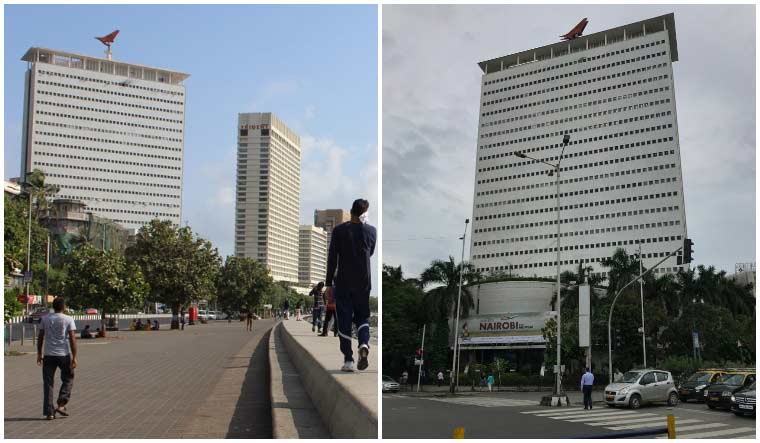 The Air India building in Mumbai

If Mumbai’s Marine Drive is the ‘queen’s necklace’, the Air India building is surely the prized diamond at its centre. This week, the iconic building, the very epitome of what a skyscraper is to an entire generation of Indians, completes 50 years.

With 23 floors, the Air India building in Mumbai’s Nariman Point might not exactly be a skyscraper in the age of Burj Khalifas and various assorted towers nudging at the clouds. Yet, for the socialist, prudent nation that India was in June 1970, the building symbolised so much—its world-class aspirations, of what India can achieve. In a way, the building complemented the very organisation it was supposed to house. Air India, then under JRD Tata, was then on a glorious high, an airline up there among the best, and with overarching ambitions of flying higher.

Designed by New York architect John Burgee, the building was one of a kind when it opened. Along with Express Towers, the nearby block which housed The Indian Express newspaper, it was one of the first skyscrapers to come up on the southern tip of land reclaimed from the sea and developed as the central business district of India’s commercial capital.

The post-modern edifice looks streamlined enough, with tiny recesses for its 1,500-plus windows that give sweeping views of the Mumbai skyline from Malabar Hills downwards to the Arabian Sea. The interiors, beside being plush and world-class, had many firsts—it was one of the first fully air-conditioned large office complexes. All the six lifts had piped music, one of them reserved to zoom up exclusively to the board room on the 23rd floor. Besides two levels of underground parking, quite a novelty in India then, the building also housed many invaluable pieces of art, part of the now-famed Air India collection which were showcased in an exhibition recently.

When the revolving giant neon-sign of the Centaur, Air India’s emblem, was installed atop the building, it was another much-talked-about anecdote to add to the building’s illustrious tales.

“This building is not just a concrete structure, but an identity for Air India. It was the culmination of JRD Tata's dreams,” muses Nitin Mhatre, patron and former president of Air India Employees Union.

The going hasn’t been smooth always, of course. It was one of the primary targets of the 1993 Mumbai serial bomb blasts, a bomb going off in its basement parking. Twenty were killed, with a bank building situated right above the parking completely destroyed. In 2008, one of the targets of the Mumbai attacks was the Trident-Oberoi building in its neighbourhood. Security forces used the massive building as a base to evacuate hostages from the hotel during the three-day ordeal.

Air India’s deteriorating fortunes have had an impact on the building, too. The final straw was when the airline merged with its domestic sibling Indian Airlines. Though the name was retained, the headquarters was shifted to Airlines House in 2013 (though it continued to retain a booking office and some office space at its erstwhile head office). Several floors are presently leased out to other firms including some Union government departments and nationalised banks, while some lie deserted.

Just like its parent organisation, the Air India building is also waiting for a saviour. There were talks of selling the building ever since the airline’s HQ moved to Delhi, but nothing has come of it so far. The previous Maharashtra state government under Devendra Fadnavis had evinced interest in buying the building for Rs 1,400 crore, but it is not clear where the proposal stands now, with a change in power after the state assembly polls a few months ago. Jawaharlal Nehru Port Trust, as well as LIC, have also shown interest in buying the iconic building.

Perhaps, the Air India building, if not its namesake airline, could still hope of soaring into the skies in the coming years.