For the moment, tourism will have to be put on hold in the interests of safety 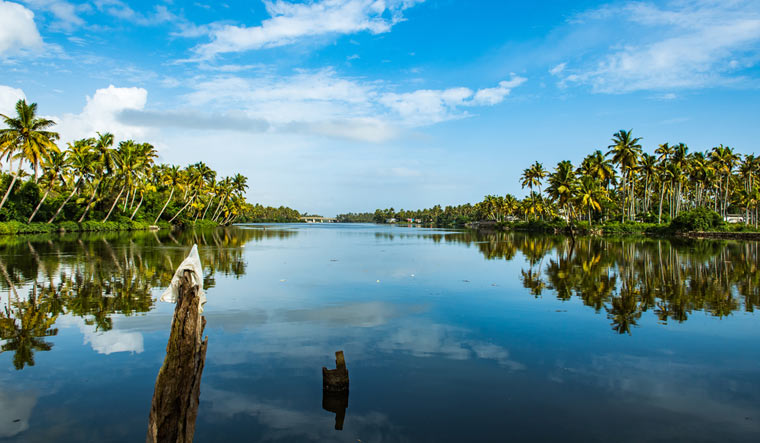 Especially after the 2018 floods, Kerala Tourism seemed to have acquired, to use a pop culture analogy, the imposing aura of a superhero who made short work of cosmic dangers thrown at him by supernatural forces. There was first the deadly Nipah outbreak in 2018, and soon after, the devastating deluge. The tourism sector in Kerala but netted revenues of Rs 36,528 crore in 2018-19, an increase of Rs 2,874 crore from 2017-18.

In 2019, the floods struck once again, with almost the same intensity. But after the second deluge, the tourism sector in Kerala posted a growth of 17.2 per cent, the highest in a quarter century. By the end of 2019, revenues swelled to Rs 45,000 crore. Adversity, it looked, was some kind of a magic potion for the sector.

But in just the blink of an eye, an industry that was gathering itself into a mighty force that could not be touched by the worst calamities was felled by an invisible microscopic virus. Like a rat, Sars-CoV-2 ate into the wires of the very engine of tourism growth: travel.

With all means of travel taken off, the tourism sector, its destinations and attractions, has been left to rot and rust. A fallen civilisation, in the first stages of ruin, now spreads the whole of Kerala.

Unofficial estimates peg the losses accumulated between February and April at over Rs 15,000 crore. Official figures say that over 15 lakh people are either directly or indirectly dependent on the sector for their livelihoods.

“It was tourism that COVID-19 had impacted first, and the sector will be the worst and the longest hit,” said Jose Dominic, the CEO of CGH Earth, a chain of popular experience hotels. “It has literally pushed tourism off the cliff,” the patriarch of CGH Earth said.

E.M. Najeeb, the founder and chairman of Air Travel Enterprises, one of India's biggest tour operators, too said tourism would be the last to stand up after the COVID-19 threat receded. “From where will travellers come and where do we travel to? All our main source markets and the places we prefer to go on a vacation—Britain, America, Germany, France, Spain, the Middle East and South East Asia—have been affected,” Najeeb said.

Travel within the national boundaries is also fraught with risk. “Kerala might be safe but this cannot be said of other states. And just because we are safe does not mean we can allow people from other states to visit Kerala,” the ATE chairman said.

Forced hibernation, for how long

For the moment, tourism will have to be put on hold in the interests of safety. Jose Dominic said according to very generous estimates, the sector would begin to stir by the end of 2020. “However, realistically speaking we expect the sector to liven up only by December 2021,” Dominic said.

The managing director of Tourism India Publications and Tourism Advisory Board member K.V. Ravishankar said it took two years for tourism to rebound in China, Thailand and Indonesia after the SARS outbreak in 2002.

But even the bounce back will depend on a number of variables. “Travel is a basic human instinct, as basic as a child crawling out of her cradle. But COVID is all set to re-shape this instinct,” said K C.C. handrahasan, the managing director of Kerala Travels Interserve, one of the oldest and reputed tour operators in India.

The economic uncertainty triggered by COVID is one factor that could alter the nature of travel. “With salary cuts and the withdrawal of perks becoming the norm, travel decisions will depend on what is left after meeting essential needs,” Chandrahasan said.

There will be no money to be squandered and, therefore, destinations will henceforth be chosen with utmost care. Only unique experiences, like Ayurveda for instance, can bring back travellers asking for more, Chandrahasan said.

Already, the COVID-19 lockdown has taught people to adapt. Virtual meetings, made popular by apps like Zoom, have shown business executives across the world that they could get together easily at virtually no cost without even stepping out of their homes. “The MICE (meetings, incentives, conferences and exhibitions) segment used to bring in huge revenues for Kerala. Now, they have realised that online meetings are almost as effective. Companies will now try to cut down on travel,” said K.V. Ravishankar, Tourism Advisory Board member.

Flight fares would be the other decider. “Already the fares to Kerala are high. If it is jacked up even higher, it could spell trouble for Kerala,” he said.

G. Sudhiesh Kumar, patron of Kerala Hotel and Restaurants' Association (KHRA) and the managing director of Sea Face resort in Kovalam, predicts a “new normal” in the post-COVID phase. “The insistence on social distancing norms even in our kitchens may force us to cut staff. Pre-cooked food or microwave-heated food will become he norm,” Sudhiesh said.

There are immediate survival concerns, too. More than 95 per cent of the 15,000-odd tourism entrepreneurs in Kerala are in the MSME (micro small and medium enterprises) sector. “Virtually all of them operate on loans. If there is no bailout package, I don't think it will be easy for them to hold out for long,” Ravishankar said.

The burden of supporting jobs is also sitting heavy on the sector, like a brood of children on an undernourished mother. “The government has done a fantastic job to save lives and now it has to intervene to save livelihoods,” said Jose Dominic. “We had a series of Zoom meetings with the Planning Board and the chief minister. We have told them about the situation. The sector supports over 15 lakh people. March salaries have been paid but it does not look likely for April and the sector has to go through to at least October this year without any revenue,” he said.

The labour department has asked the industry to keep paying wages. “But you only pay what you have. From zero you can only pay zero,” Jose Dominic said.

The industry has now proposed what is called “subsistence disbursements”, a basic income of Rs 9,000 a month, so as to enable basic necessities like food for people dependent on tourism for livelihood. “The chief minister said the state did not have the resources to meet the requirement. But at least give us half,” Jose Dominic said.

ATE's Najeeb said there was a point beyond which the sector cannot protect jobs. “If no subsistence or loan package is announced, there could be huge layoffs especially in the MSME sector,” Najeeb said.

KHRA's Sudhiesh said it was by now clear that there will not be business as before. “Even otherwise, it is not looking good. Lot of payments we have to get from our buyers, some domestic, some international, is not coming. They are not willing to talk about money now. Now we have to keep paying the salaries and also maintain our properties, keep our walls and air-conditioners and furniture in order, at a fairly high cost,” Sudhiesh said.

It will take a while for the sun to shine on the tourism industry, but industry leaders are agreed on one thing: immediately after the locks are off, the best way to revive tourism is to become hyper local. “Now that going out and coming in are loaded with uncertainty, Kerala's tourism potential lies within itself as we have done a fantastic job in containing the spread of the virus,” Jose Dominic said. He called it “local immersive experiential travel”.

“I am a man of Kochi and I would love to walk through the exotic Jew Town street, experience the Chinese fishing nets or go up to the Hill Palace in Thripunithura. I don't want to take any risk nor would I prefer to meet people coming in from dangerous zones,” Dominic said.

This is but a stop-gap money spinner, a warming up before the skies open up. It is felt that as the fear of the virus gradually fades, the commendable way in which Kerala had handled COVID-19 will work to its advantage. “Safety from disease would be the new tourism mantra and here Kerala would score. Now, in tourism circles, it is said Vietnam and Kerala, both of which had reined in the virus quite effectively, are the two safest destinations in he world,” Najeeb said.