The last tranche of the package focuses on health, education, ease of doing business 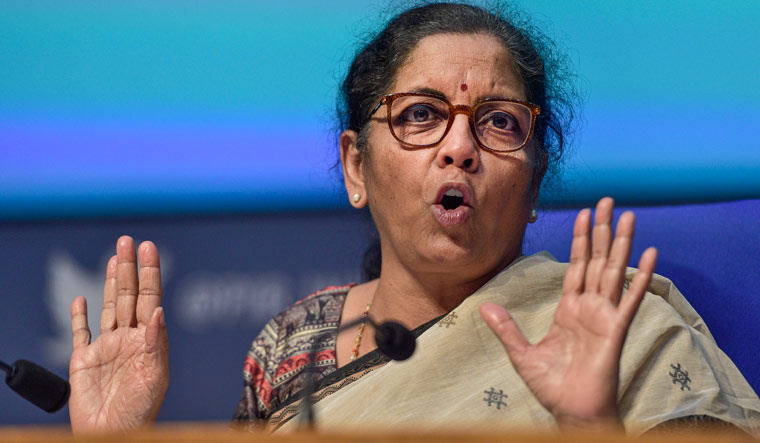 Finance Minister Nirmala Sitharaman on Sunday announced the last tranche of the economic stimulus package, with the first step being allocation of an additional Rs 40,000 crore to the MGNREGA scheme.

“Government will now allocate an additional Rs 40,000 crore under the scheme. This will generate Rs 300 crore more person-days of work and will address the need for work for returning migrants,” Sitharaman said.

“We will talk of MGNREGS, health, education, business and COVID-19, decriminalisation of Companies Act, Ease of Doing Business, Public Sector Enterprises and state governments,” Sitharaman said at the beginning of the announcements.

Quoting Prime Minister Narendra Modi, Sitharaman said: “In order to prove the resolve of the self-reliant India, land, labour, liquidity and laws, all have been emphasised in this package.

“We have announced several reforms in this regard and shall continue with the same today,” she said.

Sitharaman said that health related steps have been taken with Rs 15,000 crore released by the prime minister and health insurance of Rs 50 lakh per person to healthcare professionals and workers. She added that telemedicine will come into play and amendment of Epidemic Diseases Act will be undertaken.

The finance minister also said that Rs 16, 394 crore has reached 8.19 crore farmers, and that 20 crore women have benefitted after Rs 10,025 crore was deposited in their accounts.

“The building and construction workers also received their financial support due to Direct Benefit Transfer. We immediately responded to cash transfers and provided cooking gas to those in need,” Sitharaman said.

Provisions have been made for students to access live telecast of classes, Sitharaman said.

“The direct telecast mode use by schools will now get 12 more channels. This will also help in the rural areas… We have also tied up with private operators such as Tata Sky and DTH to air educational content,” she said, adding that Swayam Prabha DTH channels will support and reach those who do not have access to the internet.

Sitharama also said that with focus on technology-driven education, digital education will be launched soon.

“PM eVIDYa programme for multi-mode access to digital/online education to be launched immediately. Top 100 universities will be permitted to automatically start online courses by 30 May 2020.”

On the health front, Sitharaman said that public expenditure on the sector will be increased. “Investments at grassroots for health and wellness centres both at rural and urban levels will be ramped up. All districts will have infectious disease hospital blocks.” The FM added that public health labs will be set up at block levels.

Sitharaman announced that debts related to COVID-19 shall be excluded under IBC.

“No fresh insolvency proceeding will be initiated up to one year… For MSMEs, a special insolvency framework will be notified under section 240-A of IBC. The minimum threshold to initiate insolvency proceedings has been raised to Rs 1 crore from the earlier Rs 1 lakh, which largely insulates MSMEs.”

The finance minister also announced the decriminalization of Companies Act Defaults, dropping seven compoundable offenses. She said that the amendments will help de-clog the criminal courts and NCLAT as majority of these offences will be shifted to internal adjudication mechanism.

Sitharaman also revealed measures for ease of doing business for corporates. Indian companies have been allowed to list their securities directly in foreign jurisdictions. “Private companies which list non-convertible debentures on stock exchanges will not be regarded as listed companies,” she said.

In addition, the finance minister also announced all sectors will be open to the private sector while public sector enterprises will play an important role in defined areas. The government is expected to announce a new policy. List of strategic sectors requiring the presence of PSEs in public interest will be notified, at least one enterprise will remain in the public sector. In other sectors, PSEs will be privatised. The number of enterprises in strategic sectors will be between one and four, and others will be privatised or brought under holding companies.

The Centre has decided to increase the borrowing limits of states from 3 per cent to 5 per cent for 2020-2021. Sitharaman said that states net borrowing ceiling for 2020-21 is Rs 6.41 lakh crore based on 3 per cent of GSDP.