Nirav Modi was arrested by Scotland Yard in March 2019 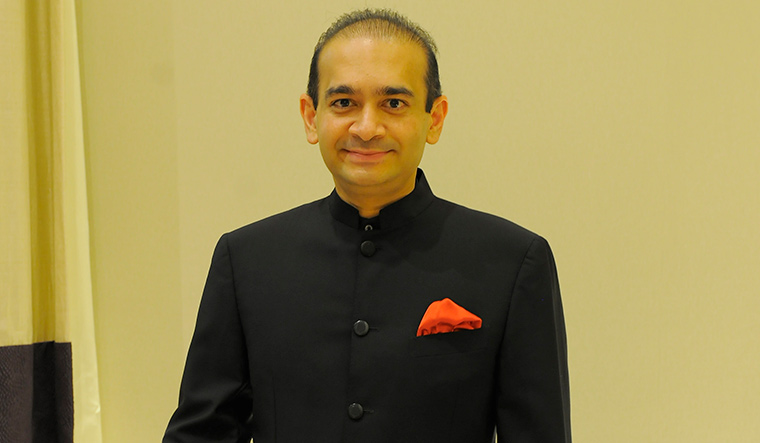 Fugitive diamond merchant Nirav Modi, fighting extradition to India on charges over the nearly $2 billion PNB fraud and money laundering case, appeared via videolink before a UK court on the first day of his five-day extradition trial on Monday, taking place in a part-remote setting due to the coronavirus lockdown.

The 49-year-old jeweller, who has been lodged at Wandsworth Prison in south-west London since his arrest in March last year, joined the proceedings via the court's common viewing platform (CVP) at Westminster Magistrates' Court in London dressed formally in a white shirt and black blazer.

The hearing got off to a delayed start as officials sorted out technical difficulties of connecting the court room to the prison.

Given the social distancing measures being followed by prisons and courts, District Judge Samuel Goozee had conceded that Modi can follow the proceedings via videolink rather than the norm of being produced in person.

It is important that if you have any difficulty with the audio or visual of the proceedings at any time, to let us know immediately, Judge Goozee told Modi so that he can follow the court proceedings in an open way as per the law.

A handful of legal representatives were present in the court room, as previously agreed, with witnesses set to give their evidence via videolink.

The Crown Prosecution Service (CPS), appearing on behalf of the Indian authorities, began by laying out the basis of the Indian government's case.

There is really nothing very complicated about this case. It covers three aspects: The fraud, then laundering of that fraud money and the rotation of goods around the Modi empire, she said.

The first day of the case focussed on the CPS setting out the arguments to establish a prima facie case of fraud and money laundering against Modi, who is alleged to have co-conspired with bankers at PNB to misuse at least 150 bank guarantees in 2017.

The court heard how he was the man behind three dummy companies, which accessed credit fraudulently on the pretext of importing pearls from overseas.

These dummy companies were used for siphoning off the money received from the fraud, said Malcolm, in reference to the case of money laundering against the jeweller.

She also laid out a case of cover-up against Modi, who along with his brother forced the dummy directors of these front companies away from India, moving them from the UAE to Cairo where their passports were taken from them. The judge was asked to cast an eye on a video recorded by them of their treatment.

The five-day hearing, which started on Monday and resumes on Tuesday morning with the defence arguments, relates to the Indian government's extradition request certified by the UK government last year.

The case has been filed by the Central Bureau of Investigation (CBI) and the Enforcement Directorate (ED) and relates to a large-scale fraud upon an Indian PSU through the fraudulent obtaining of letters of understanding (LoUs) and the laundering of the proceeds of that fraud.

Two additional charges of "causing the disappearance of evidence" and intimidating witnesses or criminal intimidation to cause death were added on by the CBI and certified earlier this year.

CPS barrister Nick Hearn, the co-counsel in the case, told the court at the last hearing in April, held via teleconference, that the government of India's representatives would be following the proceedings and giving instructions via the court's online common viewing platform, given the COVID-19 related travel restrictions.

We have received comprehensive responses in writing from the government of India, which would reduce the likely length of cross-examinations, said Hearn.

It was also confirmed that the diamond merchant would not be giving evidence in the case, but his legal team plans to produce around six witnesses, including a jewellery expert as well as judicial and prisons experts. Most of the legal cases in the UK have incorporated videolink and telephonic options where possible amid the social distancing rules in place to combat the coronavirus pandemic.

Modi, whose Wandsworth Prison is considered one of the most over-crowded in England, had made a fifth attempt at bail in the High Court last month, which was rejected as the judge ruled that he continued to pose a flight risk.

The jeweller was arrested on March 19, 2019, on an extradition warrant executed by Scotland Yard on charges of fraud and money laundering brought by the Indian government.