How agriculture sector could lead economy out of COVID-19 crisis

The geographical concentration of the virus has been in urban centres 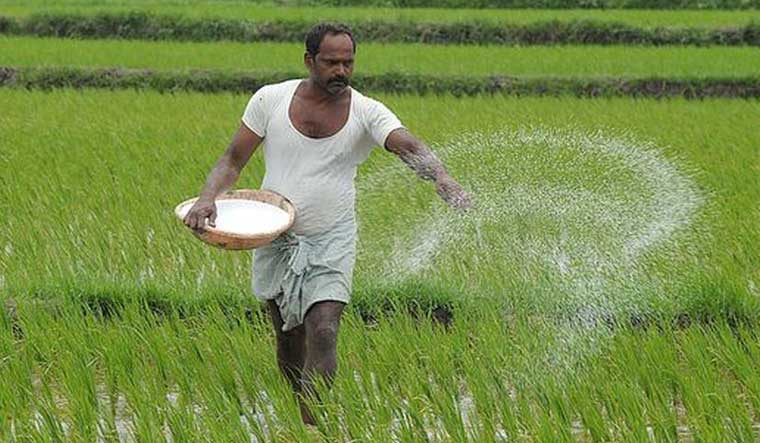 Amid gloomy economic projections during and because of the pandemic, one of the few bright spots is the agriculture sector. The geographical concentration of the virus has been in urban centres, and villages have largely been infection-free, so far.

More than 95 per cent of the wheat crop has been harvested across the country, while other rabi crops, including mustard and barley, have had record production. Also, the above-normal monsoon, predicted to start this month, will boost the sowing of kharif crop, primarily rice.

If the government manages to pay the farmers on time, the rural economy will get a boost, along with demand. The first signs of this were visible in the auto sales figures for April. While many auto makers did not sell a single car or commercial vehicle, Mahindra & Mahindra sold 4,716 tractors.

“If the kharif-crop is sown in the next one month, while delaying the transmission of the virus, this will not only address food security needs, but also contribute to employment,” said Rathin Roy, director, National Institute of Public Finance and Policy, an autonomous body under the finance ministry.

The most forceful projection came from the Niti Aayog. “We are hopeful of 3 per cent growth in the agriculture sector, and add 0.5 per cent in India’s GDP growth this fiscal,” Niti Aayog member Ramesh Chand told THE WEEK. “I am optimistic because of the prediction that the monsoon will be normal. The second source of optimism is that the water in reservoirs is exceptionally high, more than 50 per cent of the average of the past 10 years. This will help in early sowing of the kharif crop. The third factor: In April, fertiliser sales are 45 per cent higher than [in the same month] last year.” Despite what people say, if one looks at the hard facts, the undercurrents are quite favourable, said the agriculture economist.

Additionally, the pandemic has also nudged the farm sector towards reforms. For instance, when migrant labourers started leaving for their native places, the reliance on farm equipment grew, forcing the government to launch an Uber-like aggregator for farm equipment. It had been in the works for a while, but was finally launched a few weeks ago.

As mandis were slow to procure the produce, many farmers were forced to store their harvested wheat grains at home. Seeing this, the government allowed relaxations in the Agriculture Produce Market Committee Act, which allowed farmers to sell their produce directly rather than through the mandis. On May 1, Madhya Pradesh became the first state to modify the Mandi Act to allow farmers to sell produce to the buyer of their choice.

Prime Minister Narendra Modi also batted for hastening the pace of reforms. Among the suggestions were concessional credit flow to strengthen agriculture infrastructure, inter- and intra-state trade of produce, developing e-NAM (National Agriculture Market) into a platform of platforms to enable e-commerce, and a uniform statutory framework to infuse capital and technology into the agrarian economy. There was also the proposal to amend the Essential Commodities Act to invite large-scale private investment in post-production agriculture infrastructure.

However, given the political nature of the sector, the changes would be slow; farmers’ organisations are a big pressure group.

And despite the government's optimism, farmers point to problems on the ground. Said Ajmer Singh, president of Bharatiya Kisan Union (Lakhowal): “The reforms are only on paper. There are huge problems in wheat procurement. Rains have further exacerbated the problem. If procurement is not handled [properly], paddy sowing may get affected, which could affect food security.”
In western Uttar Pradesh, farmers are yet to get arrears of the sugarcane they sold to mills last year. “A part of the year's crop is yet to be harvested. The wheat has been harvested, but its procurement is slow,” said Sunil Singh, a farmer in Shamli.

The pandemic has also brought up the challenge of managing farm labour. “Punjab and Haryana fulfil almost 50 per cent of the food needs of the country,” said Chand. “Paddy needs physical sowing, as machines are still few and costly. What helped Punjab is that farm labour in the rural areas had not moved. Even the labour from urban areas moved to the farms to earn, which helped in the harvest.”

However, the majority of migrant labourers are homesick, and are trying to return to Uttar Pradesh and Bihar, the two main sources of labour in the country.

The RSS-linked Bharatiya Kisan Sangh, which has significant influence in the government, said that the farmers have done their duty to the nation, but the market has not matched up. “In Madhya Pradesh, despite the huge harvest, there are not enough procurement avenues, which may affect the kharif-sowing season,” said BKS vice president Prabhakar Kelkar. “Also, while vegetable prices are high across the country, farmers are not getting enough money; they are forced to destroy the vegetables. Similarly, milk is sold at a particular price to people, but milk producers are getting low prices. Our suggestion is that, as dairies have enough milk powder, the government should give away packets of milk powder to the poor. This will boost demand. Moreover, stringent punishment should be prescribed for those producing adulterated milk.”


Ajmer Singh proposed the setting up of godowns in all districts, and allowing farmers to set up their own godowns so that they can store their own produce and sell them directly to the buyer like in foreign countries, where there are no mandis.


Chand added that, after a long time, the farm sector may witness serious reforms and interventions.


Kelkar, however, cautioned against quick-fix reforms. “Government reforms may help the big private sector, but the interests of farmers have to be protected,” he said. “There is a need to do a lot of study. The government's relaxation in private procurement is fine during the pandemic, but farmers are often fleeced.”
As of now, the farmers have done their duty. It is now over to the government and the industry to be kind to them.