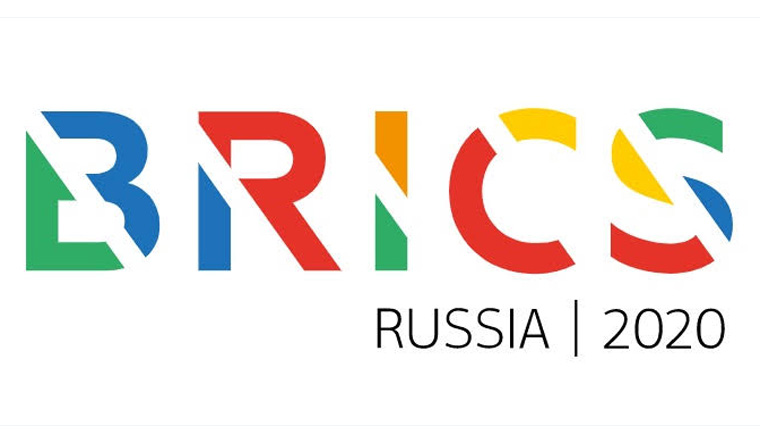 The New Development Bank of the BRICS grouping will set aside $15 billion to help its members tide over the economic crisis triggered by the coronavirus pandemic, Russian Foreign Minister Sergey Lavrov announced after a meeting of the five-nation bloc.

The impact of the pandemic on trade and investment among the member nations of the BRICS (Brazil-Russia-India-China-South Africa) was discussed at a video-conference of foreign ministers of the five countries.

"We decided to allocate up to $15 billion...We believe that it should become a very good reinforcement for our countries' economies when they're coming out of the crisis and resume economic operations," Lavrov said after the meeting.

The BRICS represents over 3.6 billion people, or half of the world population and has a combined GDP of $16.6 trillion.

In his address, External Affairs Minister S. Jaishankar conveyed to the BRICS that it is important to provide support to businesses to tide over the crisis and ensure that livelihoods are not lost.

He said the influential grouping has an important role to play in shaping the global economic and political architecture.

Jaishankar noted that the pandemic and the subsequent challenge highlighted the need for reform of the multilateral systems.

All the BRICS member nations are reeling under the pandemic.

Jaishankar emphasised that the pandemic is not only posing a great risk to the health and well being of humanity but is also severely impacting global economy and output by disruption of global trade and supply chains, the Ministry of External Affairs said.

"Economic activity across sectors has been negatively impacted leading to loss of jobs and livelihoods. He emphasised that we need to provide support to businesses, especially MSMEs, to tide over the crisis and ensure livelihoods are not lost," the MEA said in a release.

It said the minister pointed out that the efficacy of traditional medicine systems to strengthen immunity should be recognised and that BRICS should support these efforts.

This video conference was convened in the backdrop of the COVID-19 pandemic and the discussions primarily focused on ways to deal with the crisis, its impact and the possible response by the grouping.

The conference also discussed the activities to be undertaken under Russian BRICS Chairmanship in 2020.

The MEA said Jaishankar emphasised that the "current challenge underlines all the more the need for reform of multilateral systems and that reformed multilateralism was the way forward. He referred to the centrality of development and growth in the global agenda."

He also highlighted the initiatives and various "decisive steps" taken early by India in the wake of the pandemic including through Aarogya Setu Citizen App and Pradhan Mantri Garib Kalyan Package, according to the MEA.

The Aarogya Setu app, developed by government-run National Informatics Centre, users know if they have come in contact with any positive coronavirus patient and ways to avoid the infection.

"He highlighted that much before the outbreak was declared a public health emergency of international concern by WHO, India instituted measures to check coronavirus," the MEA said.

Jaishankar apprised the BRICS foreign ministers about India's initiative to coordinate efforts to contain COVID-19 in South Asia, and creation of COVID-19 emergency response fund by the SAARC countries.

"India is providing pharma assistance to nearly 85 nations, including many countries in Africa, on a grant basis, to support their response to the pandemic. This has been widely welcomed," the MEA said.