Oil prices surged in the aftermath of the announcement 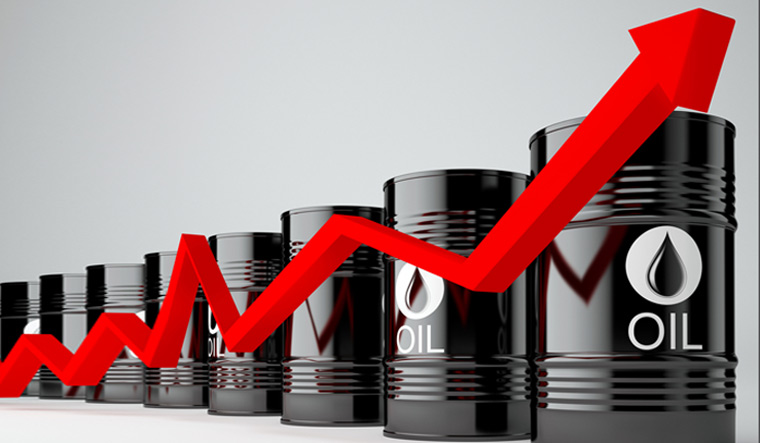 On Monday, top oil-producing countries including the Organisation of the Petroleum Exporting Countries (OPEC), thrashed out a deal to ensure "historic" output cuts. This would help arrest plummeting oil prices, suffering in the aftermath of a record fall in demand (lockdown of air transport, industries etc) courtesy the COVID-19 pandemic and a subsequent Russia-Saudi Arabia staredown. Oil prices surged in the aftermath of the announcement.

The compromise included an agreement to cut 9.7 million barrels per day from May. OPEC Secretary General Mohammad Barkindo said,"They are largest in volume and the longest in duration, as they are planned to last for two years," according to reports. The OPEC and other oil-producing partners said there will be deep output cuts in May and June, followed by a gradual reduction in cuts until April 2022.

Saudi Energy Minister Prince Abdulaziz bin Salman said that the discussions "ended with consensus". US President Donald Trump welcomed a "great deal for all", tweeting that it would "save hundreds of thousands of energy jobs in the United States". He added he "would like to thank and congratulate" Russian President Vladimir Putin and Saudi Crown Prince Mohammed bin Salman, both of whom he had spoken to. The Kremlin confirmed the joint phone call, adding that Putin and Trump agreed on the "great importance" of the deal.

What caused the oil war?

An OPEC meeting was convened in March to address the fall in crude oil demand. Saudi Arabia pushed to reduce crude output to offset the fall in demand. At the meeting, Saudi Arabia and Iran said they needed non-member allies like Russia to take 5,00,000 barrels of cut on themselves. But, Russia, the world's second biggest producer, refused to tighten supply. This enraged Saudi Arabia, who responded with the biggest cuts to prices in two decades, moving to snatch some of Russia's market share in Asia and triggering turmoil in energy markets. This was a risky gambit: global oil prices will go on a major decline, and the dip in commodity price could dent the global financial institutions, including Saudi Arabia itself.

Russia was not a member of the OPEC, but was in an alliance with Saudi Arabia-led OPEC after US shale oil technology advances in 2014 saw it become one of the biggest producers of oil on the planet. Russia had an ulterior motive in disagreeing to the output cuts. It knew quite well that the bottoming out of the crude oil prices could very well spell a catastrophe for the nascent US shale oil markets, rendering it incapable of competing in international markets. It was unwilling on any measure that would help strengthen the US economy even unwittingly.

But, there were risks associated:  there was a fear that the move would drive the oil prices down towards $20 a barrel, even less than the $30 that the prices plummeted to during the Gulf wars. That would have spelled doom for Gulf countries for whom oil income makes up 70-90 per cent of public revenue.