Saudi Arabia is playing a dangerous game that could backfire badly 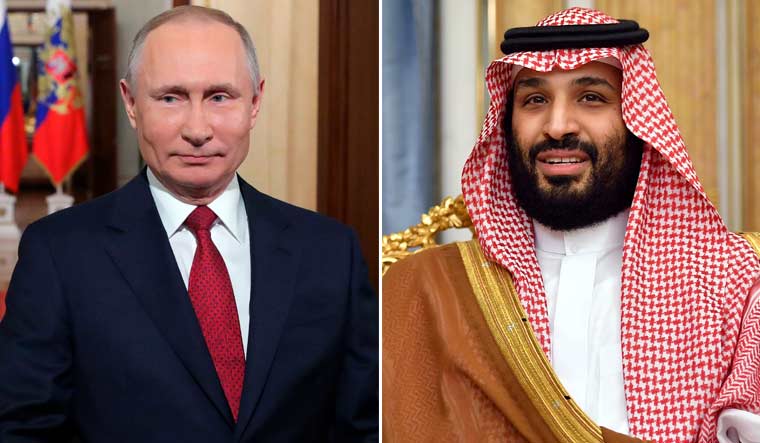 A week back, members of the Organisation of the Petroleum Exporting Countries (OPEC), a cartel of oil-producing nations, converged to discuss a serious issue at hand. The outbreak of coronavirus badly affected the demand for oil. The spread of the coronavirus has sharply reduced air travel and thus the demand for fuel. Industry in China, the world's second largest economy, has been severely disrupted through shutdowns and travel restrictions. China cut their imports of foreign oil by about one-fifth last month.

At the meeting, OPEC kingpin Saudi Arabia led a renewed push to reduce crude output to offset the impact of coronavirus. Cutting production will help arrest the plummeting prices. At the meeting, Saudi Arabia and Iran said they needed non-member allies to take 5,00,000 barrels of cut on themselves. But, Russia, the world's second biggest producer, refused to tighten supply. This enraged Saudi Arabia, who responded with the biggest cuts to prices in two decades, moving to snatch some of Russia's market share in Asia and triggering turmoil in energy markets. This was a risky gambit: global oil prices will go on a major decline, and the dip in commodity price could dent the global financial institutions, including Saudi Arabia itself.

Russia is not a member of the OPEC, but was invited to the meeting courtesy an earlier pact with the member countries to coordinate production to form an additional bloc named OPEC+. The formation of OPEC+ was a shrewd move to maintain control of global oil production, especially after the US emerged a behemoth with its massive shale oil advances in 2014. Overnight, the US had emerged one of the biggest producers of oil on the planet, forcing Riyadh and Moscow into a reluctant hand-hold. Russia's refusal to toe the Saudi line (of restricting production) could also be attributed to a unwillingness to help—even unwittingly—strengthen the US oil economy by arresting decline of prices. With the commodity price bottoming out, the US shale industry may not be able to absorb the shock, and will struggle to compete for market share with bigger players such as Saudi Arabia.

Why is this a risky move for Saudi Arabia?

As oil prices saw their biggest drop since the 1991 Gulf War, analysts warn that the move will continue to drive prices down towards $20 a barrel if the two sides do not reach an agreement. "The Saudi actions could be a negotiating tactic designed to bring Russia back to the table, but the market is unlikely to be sanguine in the near term," investment bank Berenberg said in a note to AFP. The price collapse will have wide-anging consequences—from battering revenues in energy-dependent economies to sparking global deflation and impeding oil exploration projects, analysts say.

But it could be particularly devastating for Gulf states, which account for a fifth of global crude supplies and where oil income makes up 70-90 per cent of public revenues. The new developments are reminiscent of the price war that erupted in 2014, sending oil prices crashing to less than $30 a barrel. Revenues in the Gulf countries were battered, forcing them to resort to austerity measures—which are often politically sensitive—plus borrowing and drawing down on their assets to plug budget deficits.

The oil crash could undercut Saudi Crown Prince Mohammed's ambitious economic reforms that, ironically, are intended to pivot the economy from its dependence on crude. The kingdom is scrambling to attract investment for a host of mega projects—from the $500 billion NEOM mega city to a multi-billion entertainment city close to Riyadh. The crash coincides with a royal purge that saw the detention last week of Prince Ahmed bin Abdulaziz al-Saud, a brother of King Salman, and the monarch's nephew Prince Mohammed bin Nayef.

"The threat to Prince Mohammed isn't coming from his royal rivals," Kristin Diwan of the Arab Gulf States Institute in Washington told AFP. "It is from the collapse of oil revenues and with them his ambitious economic plans."

Who will blink first, Russia or Saudi Arabia?

The confrontation could become a question of who will blink first between Riyadh and Moscow as well as other oil competitors, with the winner the one best able to withstand the damage. Deep-pocketed Saudi Arabia is an ultra low-cost producer of crude at just $2.80 per barrel, far lower than its global rivals. But with its more diversified economy, Russia is a formidable rival. "Moscow is unlikely to blink first, certainly not for another three to six months," said Chris Weafer from the consultancy Macro Advisory told AFP.

"Russia is in a much better financial position to endure an oil-price war. Russia's financial reserves are $80 billion greater than Saudi's and growing." But Moscow's position would likely change if crude prices dipped below $25 per barrel for a sustained period, Weafer said, describing that as a "crunch price" for its economy.