What is inside the 1.7 lakh crore Pradhan Mantri Garib Kalyan package? 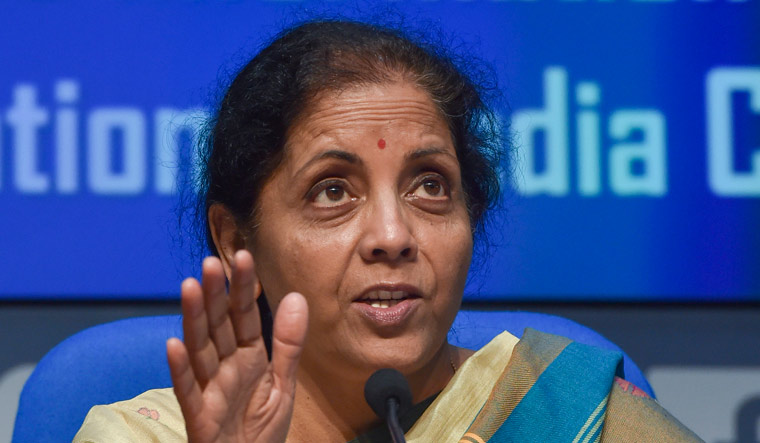 Amidst growing apprehensions that the poor would be most affected by the 21-day nationwide lockdown, the government on Thursday announced a Rs 1.7 lakh crore relief package to be disbursed through registered beneficiaries of various schemes.

Within 36 hours of announcing the lockdown, the government came out with the relief package.

Finance Minister Nirmala Sitharaman said that the government was announcing this so that the poor would have food and money in hand. The minister had earlier announced a series of regulatory concessions for the industry and for individuals impacted by the lockdown.

The Pradhan Mantri Garib Kalyan Yojana (PMGKY) package also includes Rs 50 lakh insurance cover for health providers involved in management of the disease care. The second component is the relief package for the poor and marginalised. The government chose the name carefully as they wanted the messaging to be right—this is about benefits for the poor—before they announce any stimulus package which could include the big corporate establishments and industries stressed by the loss of business.

On being asked about the industry-oriented stimulus package and relief to those whose loan payments could get impacted, the finance minister said they would come back whenever they have more to announce.

Earlier, there were 25 crore beneficiaries under various central government schemes, mostly comprising the marginalised and the poor. The BJP wooed them aggressively during the last Lok Sabha elections, reminding them about the various dole-outs. As BJP got stunning elections results, it was clear that the beneficiaries of these schemes had put their weight behind the government. Now, in their time of their need, the government has responded to them with measures for the next three months.

The much-needed aspect of the scheme announced today is the insurance scheme for health workers fighting COVID-19 in government hospitals and health care centres across the country. Already there have been reports that some doctors have tested positive, as it happened in Delhi. Moreover there was a demand from the doctors saying they were working under pressure and without adequate gears, and expressed anguish they may be forced to withdraw.

Under this scheme, Safai karamcharis, ward-boys, nurses, ASHA workers, paramedics, technicians, doctors and specialists and other health workers would be covered by a special insurance scheme. “Any health professional, who while treating COVID-19 patients, meet with some accident, then he or she would be compensated with an amount of Rs 50 lakh under the scheme. All government health centres, wellness centres and hospitals of Centre as well as States would be covered under this scheme approximately 22 lakh health workers would be provided insurance cover to fight this pandemic,” the minister said.

Addressing the biggest social concern in the country, the second component of the scheme provides for grains and money in for those who are facing job and economic loss.

“These measures are intended at reaching out to the poorest of the poor, [ensuring that they have] food and money in hands, so that they do not face difficulties in buying essential supplies and meeting essential needs,” Sitharaman said.

Under this package, though the government has given a figure of Rs 1.7 lakh crore, it did not provide a breakup as to how this amount was arrived at and if it was budgeted or borrowed.

In the official note by the Ministry of Health and Family Welfare, it was mentioned that State Government will be asked to utilise the funds available under District Mineral Fund (DMF) for supplementing and augmenting facilities of medical testing, screening and other requirements in connection with preventing the spread of COVID-19 pandemic .”

In a huge relief to the poor, under the new scheme, the existing 80 crore beneficiaries who were getting grains under the food security act, will get double the grain for next three months. "Under PMGKY, 80 crore poor people, which comprise two thirds of our population, will get 5 kilo foodgrains per person for free for the next three months. This will be over and above the existing quota of 5 kg under the PDS,” Sitharaman said.

Under PMGKY, the government will also hand out some cash benefits. For farmers, the first instalment of Rs 2,000 due in 2020-21 will be front-loaded and paid in April 2020 itself under the PM-KISAN Yojana. It would cover 8.7 crore farmers.

Now, the government will give them an instalment under existing scheme a bit in advance.

The government will give an ex-gratia of Rs 500 per month for the next three months to 20.4 crore women account-holders under the Jan Dhan Yojna.

Similarly, the women beneficiaries who were getting gas cylinders under Ujjawala Yojna will get gas cylinders, free of cost, for next three months. Eight crore poor families will benefit, the government said.

For low wage earners in organised sectors, those getting below Rs 15,000 per month, in businesses having less than 100 workers, and at risk of losing their employment, the government proposes to pay 24 percent of their monthly wages into their PF accounts for next three months.

For senior citizens (above 60 years), widows and Divyangs, there are around 3 crore aged widows and people in Divyang category who are vulnerable due to economic disruption caused by COVID-19. Government will give them Rs 1,000 to tide over difficulties during next three months.

The government has also decided to increase MNREGA wages by Rs 20 with effect from 1 April, 2020. Wage increase under MNREGA will provide an additional Rs 2,000 benefit annually to a worker. This will benefit approximately 13.62 crore families, government said.

For self-help groups, the limit of collateral free lending would be increased from Rs 10 to Rs 20 lakhs. This will benefit Women organised through 63 lakhs Self Help Groups (SHGs) support 6.85 crore households.

For workers in the organised sector, Employees’ Provident Fund Regulations will be amended to include Pandemic as the reason to allow non-refundable advance of 75 percent of the amount or three months of the wages, whichever is lower, from their accounts. Families of four crore workers registered under EPF can take benefit of this window.

The government also asked the states to use the Building and Other Construction Workers Welfare Fund to help construction workers, and use District Mineral Fund for supplementing and augmenting facilities of medical testing, screening and other requirements in connection with preventing the spread of COVID-19.