I don’t want somebody else to run the brand for us, says Apple CEO 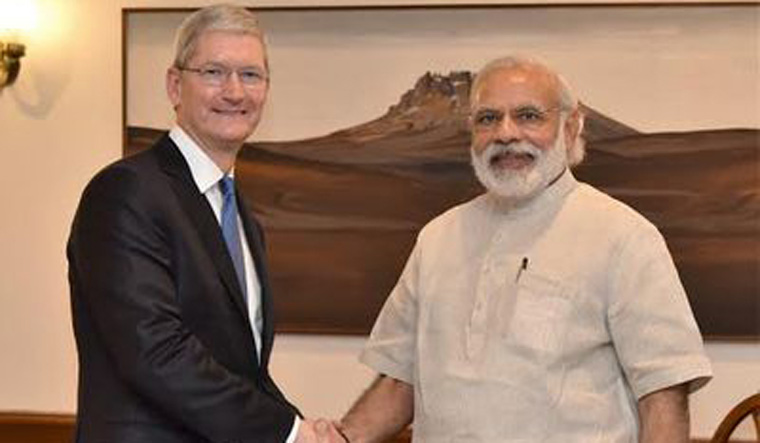 Apple's first India store will be ready only in 2021, CEO Tim Cook told investors at the annual shareholder meeting at Apple Park in the US on Wednesday. However, he informed that Apple would start selling its products online in India this year itself.

“We needed to get approval from the government to go in there ourselves” rather than with a domestic partner, Cook said, in response to question on India business. “I don’t want somebody else to run the brand for us.”

Currently, Apple is selling through third-party resellers like Amazon and Flipkart in India. However, that might be a thing of the past as the Cupertino, California-based company plans to kick off direct online sales in India this year itself. The online store is expected to go live in August-September. Reportedly, CEO Cook will visit India between July and September this year, around the time of the online launch.

Soon after the Centre eased FDI norms in single-brand retail in August 2019, preparations were underway for opening the first Apple Store in Mumbai. According to initial plans, Apple was targeting to open the retail store by the second half of this year. However, last month it was reported that the launch of the store was getting delayed owing to logistic hurdles.

Apple has reportedly leased a location between 20,000 and 25,000 square feet in Mumbai's Maker Maxity mall, spread over three floors. One floor is rumored to be an experience center, a second would be dedicated to retailing, and a third for the service center.

Apple had a better-than-expected results last quarter, thanks to double digit growth it witnessed in emerging markets such as India, Brazil and mainland China, among others, between October and December 2019. Apple has shown more focus in the Indian market last year, with special pricing, promotions and e-commerce push. Greenshoots from this reversal of trend were showing in the quarter ended June 2019 when sales growth of iPhones picked up in India.

No wonder, Apple is placing big bets on the Indian market. Over the past months, it has ramped up its manufacturing efforts in the country. Last year, Apple had started production of iPhone XR in India for domestic market and exports. Apple's partner Salcomp is also taking over the closed facility of Nokia in a SEZ near Chennai. The facility is expected to become operational from March this year and will produce charger and other equipment.

According to research firm Counterpoint, Apple was one of the fastest-growing brands in India during the December quarter. This was driven by multiple price cuts on its XR device, thanks to local manufacturing in India, it had said. It added that the rollout of new iPhones (11 series), aggressive pricing and a good channel strategy was helping Apple gain market share in India.