The Rivigo way to make trucking sexy in India

How 'Uber for trucks' startup Rivigo climbed the unicorn ladder 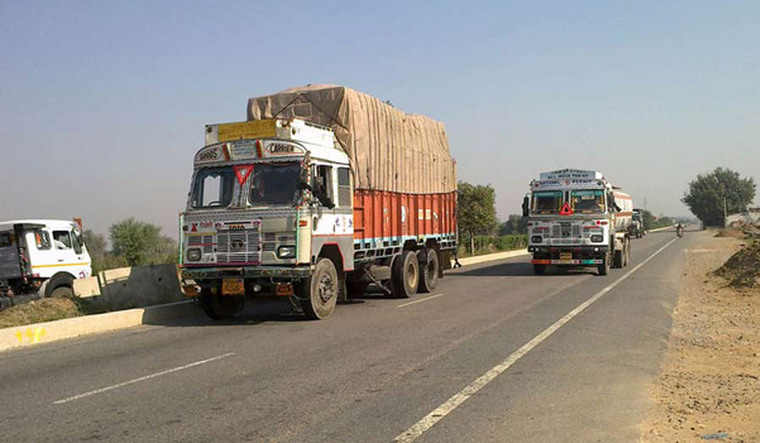 I had never even met a truck driver when Deepak Garg, with whom I co-founded Rivigo, came up with an ‘Uber for trucking’ idea. Today, logistics is big, but when we started, it was not a sexy business at all.

The problems relay trucking could solve is what drove us. Truck drivers lead a life of misery in India, away from their families for days altogether. Parents were unwilling to marry their daughters off to truck drivers. They were almost an outcast. We would go to dhabas, outside warehouses, wherever we could meet and speak to them and understand. The more we spoke, the more we realised what a profound thing we were getting into. It was not just (a business model of) trucks-on-demand, it was fundamentally changing the profession itself.

A truck relay is a more efficient model, it is low cost, better service and more efficient. But fundamentally, it is about integrating a truck driver back into the social fabric of the community. We promised them driving just a few hours a day, from a warehouse to a pitstop (where the goods will be transferred to another relay trucker who will take it forward) and return home every night.

It was a day and night change in their lives. While earlier they used to beat their wives or come home drunk, now he was a family man, coming home with fruits and vegetables in one hand. The wife knows driving for a short distance only every day is safer than long routes for days altogether. When we met families of truck drivers after some time, there was a different sense of pride—the men were spending time with their families, eating healthy food from home and getting adequate rest. That is what kept us true to our purpose, to keep logistics human.

It was 2014 when we entered the business—big billion sales had started and e-commerce was getting huge. But deliveries were getting affected due to lack of faster logistics except air shipment. Deliveries took a hit that year because shipping by air was expensive. That was when we entered.

Companies were amazed at the speed our relay trucking model offered. When Delhi-Bangalore normally take 5-8 days, we started delivering in 48 hours. One of our first orders was from Delhi to a Pune firm that had clocked the time as 70 hours in their system, with a penalty for further delay. I did my math and said 24 hours.

The lady looked at me as if I was talking nonsense, saying, “Madam, penalty lag jayega! (There will be penalty if you deliver it later than your promised time).”

But we managed in 23.6 hours. The whole warehouse came outside to see it. They did not believe it because their system was programmed to receive the truck only on the third or fourth day. They went back, broke the seal and checked if the material tallied!

That's when we realised this was truly a disruption for the industry. It was a dream run in the first year itself—from 15 trucks in October, 2014 to 500 the same month in 2015.

When we started, we knew it was a large market and we were solving an important problem. The idea was never to become a Unicorn by x year or y year. What we have always kept our hearts on is in solving the problem. All these success metrics that the world appreciates is just an outcome.

There are people who will try to (copy our model). Frankly, we believe it is the only way to run trucks, not just in India, but in most countries. Eventually every truck must run on a relay. If somebody wants to do it, they can, otherwise what we are planning is to make this technology available to others.

We kept the truck driver at the centre of it, with all honesty. We didn't put it on posters, but we lived and believed it, taking long-term decisions. A lot of people asked me, “Why do you need a pitstop every 250km, make it 500 or 600km, you can save so much.” But that would have meant overnight stay for the drivers, when my promise to them was that it was a day job, with elements of safety and mandatory rest. It is very important to know what your true north is and never take your eyes off it.

Running your own business

An entrepreneur is someone who still wants to do something after the world has told him ‘No’ nine times out of 10. If you still want to do it, that shows conviction. It is a little spiritual—at one point, the idea becomes you and you become the idea.

For every start-up success story you hear about, there are 10 (failures) you don't hear about. It’s going to be tough. If it was so easy to do, people would have done it already. It will take all you have.

Entrepreneurship stretches you not just physically, but mentally and emotionally. You cannot do it for instant gratification or for funding. You genuinely should want to do it with all your heart.

(The author is the co-founder of Rivigo, which became a unicorn in 2019. As told to K. Sunil Thomas)