Indo-Pacific, terrorism to feature high on the talks during Trump's visit 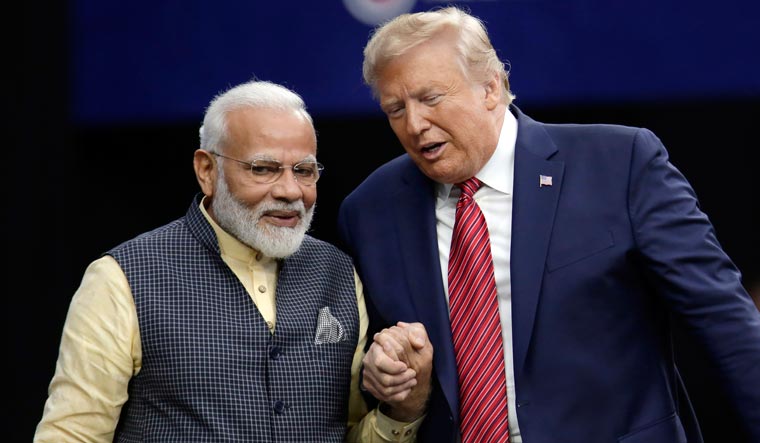 With a trade deal, neither an elaborate one nor a limited version, unlikely to be a takeaway from US president Donald Trump's upcoming visit to India, the two countries are now working hard at making the joint statement a “fairly comprehensive forward looking one that will encompass the roadmap on the way forward'', say official sources.

India's relations with the US, which have been improving steadily over the past two decades, cannot be written off as merely transactional. A visit like Trump's cannot be defined with a few deals at the end of the visit. The very fact that Trump is visiting India in his first term (as he had promised Narendra Modi when the invite was first extended in 2017) is significant. This also happens to be the first standalone visit of a US president to India.

India isn't keen on a quick trade deal. It does not want to enter into commitments which may make good optics in the immediate moment, but may have long-term issues. “We are in no hurry to rush into a trade deal on the eve of the visit,'' say sources. While India's obstinance in not opening up its dairy and poultry market to the US is being perceived as a sticky point in taking forward a deal, officials say that this is only a small issue. India is actually keen to work towards an agreement that is “equal'' on both sides. Restoration of the Generalised System of Preferences (GSP), which the US withdrew recently, is also high on India's priority regarding any future trade deal. While the GSP is an important issue for India, it hasn't brought trade to a standstill. Since June 2019, when the GSP was revoked, bilateral trade has actually arisen by 10 per cent, say sources.

Without talking trade, India still has many issues with which to make an impressive joint statement at the end of the visit. The Indo-Pacific is likely to find a big mention, as will terrorism. The new  defence ties could be another important point in the statement. India now has more intensive defence engagements with the US than it has with any other country. The newest area of convergence, energy, should also feature high on the talks and the statement. The energy partnership is one of the largest areas of collaboration with the US now, and given that the US is a leading energy producer and India a leading consumer, the future in the partnership is full of potential.