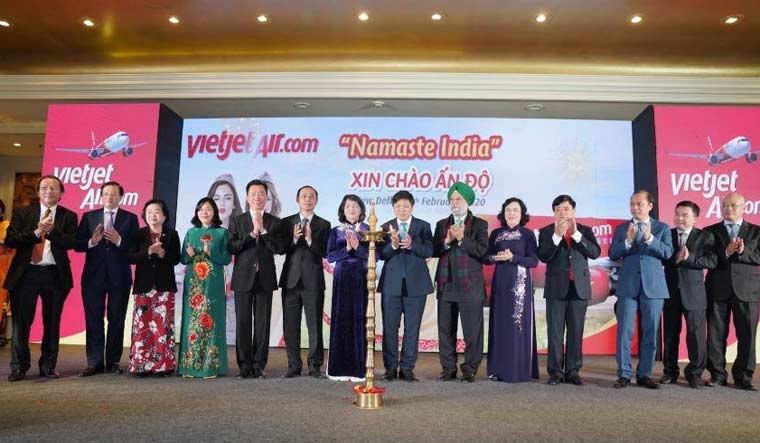 Starting 14 May 2020, the New Delhi-Da Nang route will commence operations with a frequency of five flights per week | via Facebook

Vietjet, which hogged limelight in 2011 with an ad featuring a crew in bikinis, has started flying to India since December and as per an airline official, the payload factor has encouraged the low-cost carrier to launch more flights.

Starting 14 May 2020, the New Delhi-Da Nang route will commence operations with a frequency of five flights per week. New routes connecting Mumbai with Hanoi and Ho Chi Minh City will operate with three weekly flights and four weekly flights from May 15, 2020 and May 16, 2020 respectively.

Speaking on the occasion, Ambassador of Vietnam to India Pham Sanh Chau said, "Vietjet’s direct flights will bring many passengers from India to famous destinations in Vietnam, including the ancient capital of Hanoi with over a thousand years of history, Ho Chi Minh City offering its modern, cosmopolitan lifestyle and Da Nang, the beautiful beach city, which offers access to multiple destinations such as Ba Na Hills, the Golden Bridge, the historic Old Town of Hoi An, the former imperial citadel in Hue city, the world’s biggest cave Son Doong and many other fascinating places".

Do Xuan Quang, vice president, business development of Vietjet, announced that in addition to offering a wide range of services, meeting all customers' needs, "Vietjet brings valued customers a special experience with its SkyBoss ticket class, which gives access to luxurious airport lounges, priority check-in and boarding, delicious food and beverages served onboard by beautiful and dedicated flight attendants along with many more add-on utilities. SkyBoss’ services will offer passengers a truly memorable experience when flying with Vietjet’s world-leading, new and modern fleet."