Is Yes Bank close to securing much needed funds? 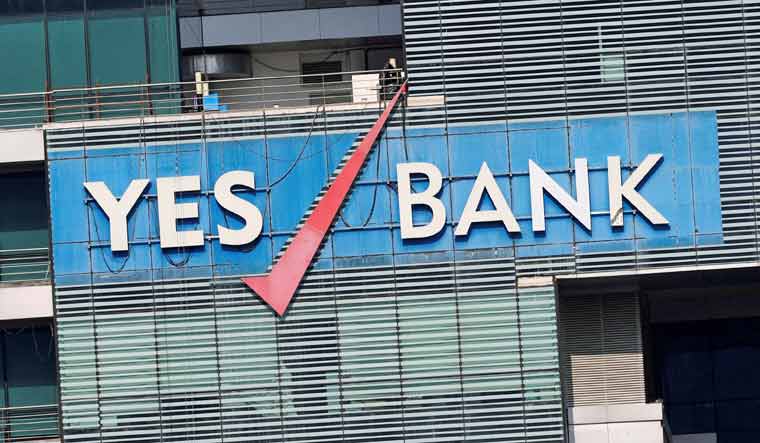 Private sector lender Yes Bank, which has been looking to raise funds, might be finally close to finding suitable investors. On Thursday, the stock jumped 4 per cent on stock exchanges on these hopes, even as the lender said it would be delaying its earnings announcement for the third quarter ended December.

Yes Bank said it has received non-binding expression of interest from several investors. These investors include JC Flowers & Co LLC, Tilden Park Capital Management LP, OHA (UK) LLP, which is part of Oak Hill Advisors, and Silver Point Capital. "The bank and its financial advisers are currently in discussions with these investors on the commercial terms, including pricing, of their investments," the lender said.

Any deal will be subject to conditions and receipt of requisite regulatory approvals with respect to the size of stake to be acquired.

JC Flowers is a private equity fund that invests globally in the financial services industry. According to a report, it is leading a consortium planning to invest close to $2 billion in Yes Bank.

Since the arrival of new MD and CEO Ravnit Gill, Yes Bank has been looking to raise funds for some time now to strengthen its capital amid a rise in non-performing assets and the need to increase provisions for the same.

In August 2019, it raised Rs 1,930 crore via share sale to institutional investors. But, it needs more funds. The lender was earlier in talks with Erwin Singh Braich/SPGP Holdings to raise funds, but in January 2020, the bank's board decided against proceeding with the offer. The board, however, approved a fund raising of up to Rs 10,000 crore.

Yes Bank has been in the spotlight since the RBI refused to allow co-promoter Rana Kapoor to continue as CEO in September 2018. As the funding concerns have risen, investors have dumped the stock. Yes Bank shares had hit a 52-week high of Rs 285.90 on April 3, 2019 on the BSE. As of Wednesday's close, the stock had plunged 87 per cent to close at Rs 35.20. On Thursday, it was trading at Rs 36.55 in morning trade, up around 4 per cent.

In the second quarter, Yes Bank reported a net loss of Rs 600 crore on deferred tax asset impact. Its gross NPAs had surged to 7.39 per cent in September from 5.01 per cent in June.

India Ratings and Research has said equity infusion is "critical for providing sufficient cushion for the credit cost impact of the stressed asset pool."

"Although the liquidity position of the bank seemed adequate at end-September 2019, India Ratings believes that in the absence of improvements on the capital side, the ability of the bank to manage its asset and liability maturities might be tested further," said Jindal Haria, director, India Ratings.

Recently, Uttam Prakash Agarwal, independent director and chairman of the audit committee of the board of Yes Bank had resigned.

"There are serious concerns as regards deteriorating standards of corporate governance, failure of compliance, management practices and the manner in which the state of affairs of the company are being conducted," he had alleged in his resignation letter.

India Ratings has said the bank is likely to face balance sheet expansion challenges over the short-to-medium term as it implements new strategies.

Meanwhile, Yes Bank has said it will announce third quarter results on or before March 14, 2020, as the current capital raising process has the bank's "fullest attention."