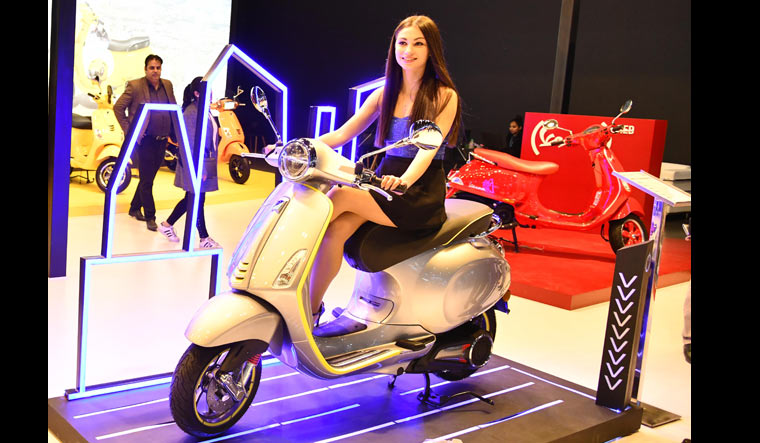 With its overwhelming focus on electric vehicles, the latest edition of Auto Expo, billed Asia's biggest automobile show has shown the way forward. But while it may take some time before the prices become reasonable for the car-buying public to bite, may believe the green shoots for EVs will be first visible in the two-wheeler space.

At the Auto Expo, electric scooter maker Okinawa came up with a cruiser maxi-scooter while Hero Electric came up with not one, but three models of e-bikes which run on battery, but they, can be pedalled like a regular cycle if the charge runs out (or if you feel like getting some exercise).

Just days before the Auto Expo, south Indian electric-two wheeler maker Ather Energy had announced the latest version of its much appreciated 450 electric scooter, on the heels of Bajaj Auto as well TVS, both conventional automobile makers who seem to have realised which way the wind is blowing.

Union road transport minister Nitin Gadkari had declared at the opening of the Auto Expo, “I have full faith that in the near future, the Indian automobile industry will become number one in manufacturing and export of electric vehicles. To support this coveted dream, the government will be developing better infrastructure, adding approximately 40,000 Kms of road network and developing 23 express highways.”

Ather hopes to break out of its South Indian bastion (the brand works on providing a charging infrastructure in cities it sells its bikes, and already have a network in Bengaluru and Chennai) with its latest variant 450X—it is eyeing the Delhi NCR with this one. But at the Expo, it was clear that Gurugram-based Okinawa also had big expansion plans—its maxi-scooter, which it calls 'The Cruiser' is almost like a big scooter or bike, at least in dimensions. The range, up to 80km puts it virtually in the same range as Ather's 450, with the company claiming that it can achieve a top speed of 100 km.

Hero Electric, on the other hand, is focussing on its core area of cycles with an added boost of electric mobility. At the Auto Expo, it launched three products which it called 'futuristic', including Straphanger, Essentia Connect and EasyStep. The last one is foldable and features a 7-speed gear, which the company claims makes it perfect for a 'green' urban commute, and apartment living (fold and take it up to your flat, got it?). Of course, Hero is not putting all its eggs in one basket—it has tie-ups in places to export them, as per market requirements, to the big European market.

“The growing acceptability of electrical vehicles in India has given us an opportunity to engage more towards our vision of capturing 10 per cent share in global electric bicycle manufacturing by 2022. Our product showcase at the Auto Expo is truly representative of this path-breaking leap for our brand,” said Pankaj M Munjal, chairman & managing director, HMC.