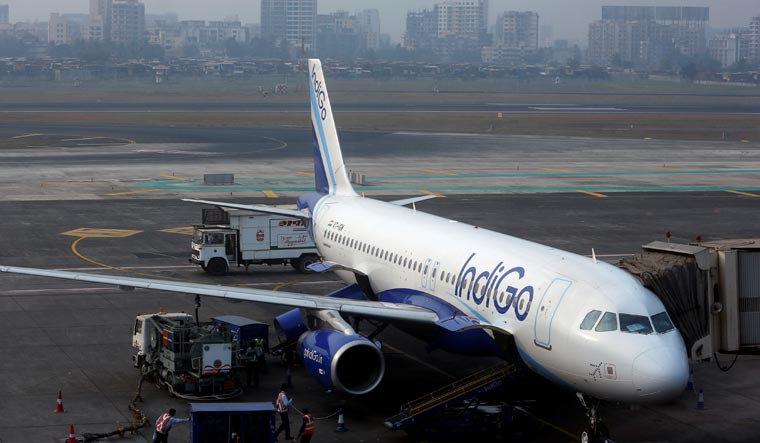 IndiGo will continue to operate on Kolkata-Guangzhou flight | Reuters

IndiGo on Wednesday informed that it would be temporarily suspending its Delhi-Chengdu (China) and Bengaluru-Hong Kong flights from February 1 in light of coronavirus outbreak, becoming the first Indian airline to do so. "Due to China travel restrictions, we have seen a high number of cancellations from China on our Delhi-Chengdu route and vice versa. Therefore, we are suspending our flights between Delhi and Chengdu from February 01, 2020 until February 20, 2020. We are also suspending our Bengaluru- Hong Kong flight effective February 01, 2020. For now, we will continue to operate our Kolkata-Guangzhou flight, which we are monitoring on a daily basis," the airline said in a statement.

IndiGo operates only in these three routes to China and Hong Kong. The airlines's statement came soon after India's Ministry of Health issued a travel advisory against traveling to China.

Earlier in the day, British Airways and Indonesia's Lion Air had informed suspension of flights to and from China over coronavirus scare. While British Airways have suspended flights with immediate effect, Lion Air's suspension will kick in from February 1.

A number of foreign airlines began suspending flights to and from China on Wednesday as global fears mounted over a coronavirus epidemic that has killed 132 people and infected nearly 6,000.

The announcements came hours after countries began airlifts to evacuate foreigners trapped in Wuhan, the quarantined central Chinese city of 11 million people at the epicentre of the health emergency.

A growing number of governments, including the United States, Britain and Germany, have in recent days advised their citizens to avoid non-essential travel to China over concerns about the viral outbreak.

China has itself urged its citizens to delay trips abroad, with at least 15 countries having confirmed cases of the disease.

The United Arab Emirates reported the first known case in the Middle East on Wednesday. In Myanmar, the three airlines that have routes into neighbouring China also said those flights would also be suspended from Saturday. Cathay Pacific also cut flights, citing low demand and the Hong Kong government's response plan against the virus.

And in one of the most dramatic measures, the tiny Pacific nation of Papua New Guinea announced Wednesday that travellers from Asia would not be allowed in.

However many other airlines said they were continuing their China services.