More models set to hit the market in the coming weeks 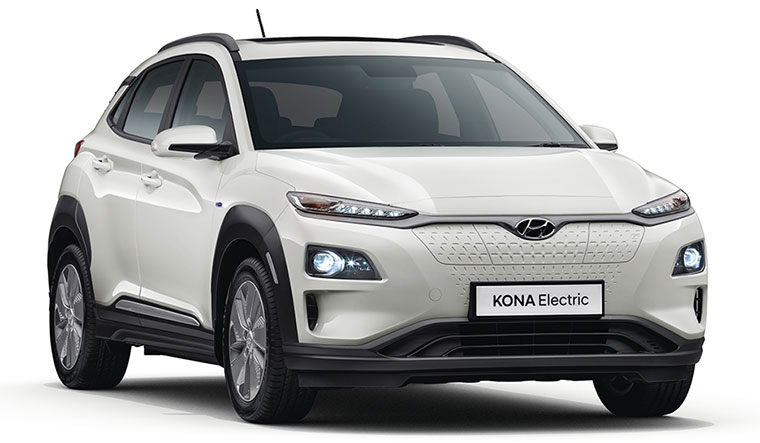 Momentum may finally be picking up in the electric car segment in India, with more models set to hit the market in the coming weeks. New electric vehicle (EV) launches are expected from top manufacturers at next month's Auto Expo, including the first from the nation's biggest car maker Maruti Suzuki. Hyundai India CEO S S Kim announced Tuesday that it is working on a 'Made in India, for India' electric car set to be launched in the market in some time.

The EV segment has been buzzing for some time in India ever since the Narendra Modi government put its full weight behind the sunrise segment with subsidies (FAME II) and tax cuts (GST cut to 5%). Many believe further incentives on import of lithium-ion batteries and/or setting up battery manufacturing facilities in the country are likely in next week's Union Budget.

However, adoption has been peripheral at best, with automakers (and consumers) waiting for increased availability of charging points, in a classic chicken-and-egg scenario. Most electric cars available in the country, like Tata's Tigor EV and Mahindra's eVerito, were primarily available only for taxi/fleet operators. While Hyundai launched Kona, India's first electric SUV, a few months ago, the price point around 25 lakh deterred many.

However, all that may change soon. Two local automobile giants are eyeing the EV segment in a major fashion. While Tata has now made its Tigor EV (just below 10 lakh rupees after subsidies) available for individual buyers since October, Mahindra hopes to shake up the market with an electric car which will be priced below the magical 10 lakh rupees mark. The car, an electric variant of its small car KUV will be launched at the Auto Expo. Tata also plans to launch the Nexon EV in a few days, followed by an electric variant of its Altroz model later on.

Maruti Suzuki's first offering in the EV segment (it has already gotten out of the Diesel category), billed Futuro-E within the company, will also be unveiled at the auto event next month and will be available in the market from the coming summer. If priced reasonably, this could well be the catalyst EVs need to pick up in the Indian market, considering Maruti's reach and dominance across the country. Renault is also set to go electric with the eKWID.

Boosting sentiments have been the immense interest shown through advance bookings for Morris Garage's (MG Motors) recently announced MG ZS EV, which is set to hit the streets around Republic Day. Since announcement late last year, the electric SUV is reported to have garnered 2,800 bookings, a phenomenal number going by the miniscule size of this fledgling industry.

Luxury car makers are also enthused. While Mercedes has said it will look at hybrids and other promising technologies, reports suggest its Mercedes EQC will debut in early summer. Other models queuing up include Jaguar I-Pace and Audi e-tron. While BMW has demo-ed its electric cars in Gurugram where it is headquartered, no specific date to retail them have been announced so far, though some speculate it will probably be through its subsidiary brand Mini Cooper initially.