Govt owes Air India Rs 798 crore; more than half of it for PM's travel

Rs 458.959 crore is the outstanding amount for the prime minister's travel 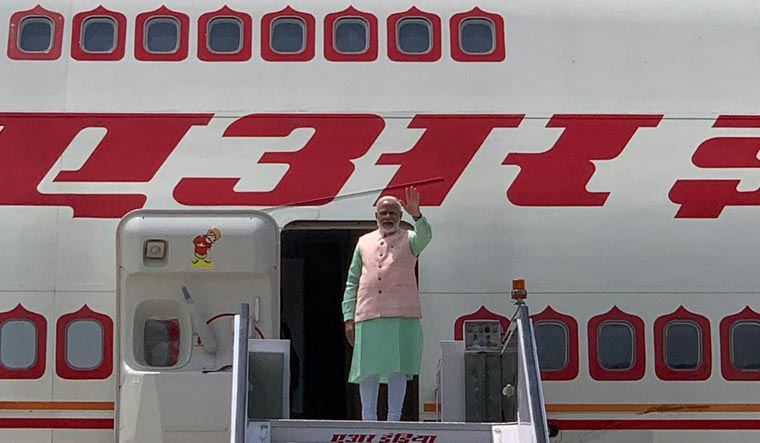 The total invoice raised for the prime minister's travels was Rs 1,321.41 crore. Of this, bills amounting to Rs 862.45 crore were cleared by the government, leaving Rs 458.959 crore as the outstanding amount | Twitter

The government owes crisis-stricken Air India a whopping Rs 797.95 crore as of September 30, 2019 for flights operated for VVIPs, including the president, the prime minister, the vice president and foreign dignitaries, and more than half of it—Rs 458.959 crore—is the amount outstanding for the prime minister's travel.

As per the information provided by Air India in response to a query made under the Right to Information Act, six months earlier, on March 31, 2019, the government owed the national carrier Rs 598.55 crore. Hence there was a whopping increase of close to Rs 200 crore in the amount that the government owes the airline.

In response to an application made by RTI activist Commodore Lokesh Batra (Retd), the Air India informed that total invoice raised for the prime minister's travels was Rs 1,321.41 crore. Of this, bills amounting to Rs 862.45 crore were cleared by the government, leaving Rs 458.959 crore as the outstanding amount.

The president's flights cost a total of Rs 539.35 crore. Of this, the defence ministry, which handles the travel bills of the president, paid Rs 295.40 crore, leaving an outstanding amount of Rs 243.950 crore.

The national carrier is awaiting a payment of Rs 9.674 crore for evacuation flights undertaken by it.

Other flights operated by the national carrier generated a billing of Rs 21.57 crore, of which Rs 8.91 crore was paid and Rs 12.656 crore is pending.

The Comptroller and Auditor General, in its Report 40 of 2016 on Commercial Civil Aviation Performance Audit, tabled on March 13, 2017, had made a note of delay in payment of dues by the Government of India for VVIP flights. “AIL had earmarked three B747-400 aircraft for the sole purpose of operating special extra section flights for VVIP operation. Audit noticed that dues worth 452.54 crore towards operation of VVIP flights during 2011- 12 to 2014-15 were pending. In addition, Rs 15.32 crore were due from the Ministry of External Affairs for the evacuation flight services provided during June 2006 to November 2014. The total unpaid dues amounted to Rs 467.86 crore,” the CAG had said.

It noted that the company had taken six months to raise formal invoices for claiming these expenses despite its revenue constraints. The Air India had stated in its reply to the CAG that the delay was on account of information to be gathered from various stations and that in view of audit observations, efforts were being made to speed up the invoices.