IndiGo shares rise ahead of rumoured tie-up with Qatar Airways

A code-share agreement is speculated to be on the charts 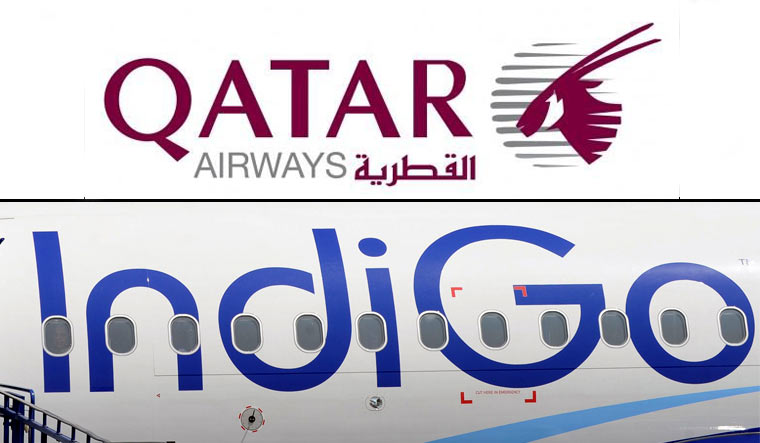 Shares of InterGlobe Aviation on Tuesday rose two per cent ahead of a strategic business announcement by the company along with Qatar Airways.

The jump came after both Indigo and Qatar Airways announced on Tuesday that a strategic business announcement would be made on Thursday.

With a 48 per cent market share, IndiGo is the largest airline in India. Qatar Airways, in turn, is Qatar’s flag carrier and the country’s largest employer. In August, Reuters reported that Qatar was interested in doing “codeshare, joint flights, but not yet an equity stake" with IndiGo.

A codeshare agreement would be one where one carrier markets or operates the flights of another. These agreements allow passengers to take connecting flights under the same carrier code, and allow carriers to expand to new regions and make better use of existing routes. It can also lower operational costs.

In 2015, Qatar Airways had expressed its interest in buying a stake in IndiGo, but the Indian carrier proved unwilling. The two airlines had engaged in talks with each other in 2015 as well.

The news comes as IndiGo makes forays into international travel, launching and promoting international flights, and most recently, joining the International Air Transport Aviation (IATA) as a member on October 31. IndiGo recently acquired over 300 A320neo aircraft from Airbus in a deal worth $33 billion.

Uncertainty remains over the ongoing dispute between IndiGo co-founders Rakesh Gangwal and Rahul Bhatia, who have been at odds over issues of corporate governance.

On Thursday, IndiGo and Qatar Airways are expected to “talk about the vision and future for both the airlines” according to the joint statement. IndiGo CEO Ronojoy Dutta and Qatar Airways CEO Akbar Al Baker will both be presiding over the conference.