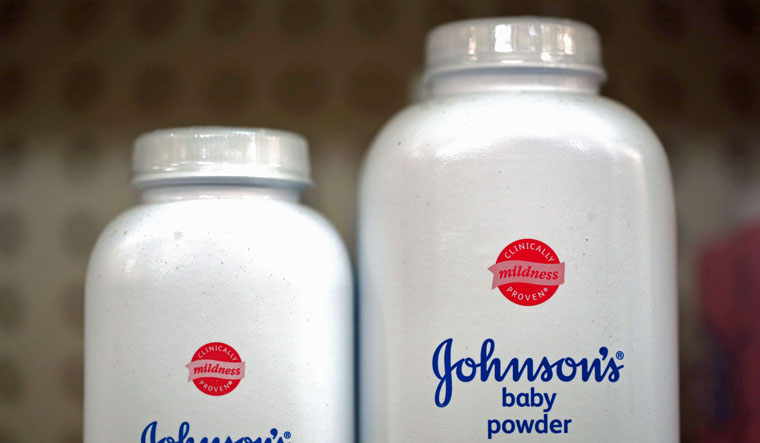 Traces of asbestos a known carcinogen, was found in bottles of Johnson & Johnson baby powder by US health regulators. The healthcare conglomerate recalled 33,000 bottles owing to this. The company is facing facing thousands of lawsuits over a variety of products, including baby powder, opioids, medical devices and the antipsychotic Risperdal.

Last week, a jury ordered the company to pay $8 billion to a plaintiff in a case claiming J&J downplayed the risks of Risperdal, following a man's claim that the company didn't warn young men that they could grow breasts after using the antipsychotic drug.

J&J faces more than 15,000 lawsuits from consumers claiming its talc products, including Johnson's Baby Powder, caused their cancer. These include women who have come out and said that their ovarian cancer was caused by exposure to J&J products containing asbestos.

Shortly after the company recalled the bottles of talc, the company's shares fell 6 per cent, making it the second worst-performing stock in the Dow Jones Industrial Average.

In a press release, J&J said that testing by the US Food and Drug Administration as recently as a month ago found no asbestos in their talc. A second Johnsons Baby Powder sample from a different lot tested negative for asbestos, the agency added.

J&J said that it received a report from the FDA on October 17 alerting the company about the asbestos finding and that it has started an investigation and is reviewing manufacturing records. The company is also collecting data on distribution to determine where the product was shipped.

Dr. Susan Nicholson, head of Women's Health in Johnson & Johnson's medical safety organization, described it as an environmental contaminant most commonly found in building materials and industrial applications. Since 2003, talc in Johnson's Baby Powder sold in the US has come from China through supplier Imerys Talc America, a unit of Paris-based Imerys SA and a co-defendant in much of the talc litigation. Imerys and J&J have said the Chinese talc is safe.

Internal company records, trial testimony and other evidence show that from at least 1971 to the early 2000s, the company's raw talc and finished powders sometimes tested positive for small amounts of asbestos. According to J&J, the FDA test indicated the presence of no greater than 0002% of chrysotile asbestos in the tested sample. Jefferies healthcare strategist Jared Holz said J&J has already lost close to $10 billion in market value due to the talc issue over the past year. "This is one single bottle within one lot with barely a trace here," he said.

J&J had received subpoenas from the US Justice Department and the Securities and Exchange Commission for documents related to the asbestos contamination allegations in February.

Talc products make up less than 1% of J&J sales. The World Health Organization and other authorities recognise no safe level of exposure to asbestos. While most people exposed never develop cancer, for some, even small amounts of asbestos are enough to trigger the disease years later.

The company is also dealing with legal issues concerning its role in opioid addiction crisis.