In August, the MPC had reduced repo rate by an unconventional 35 bps 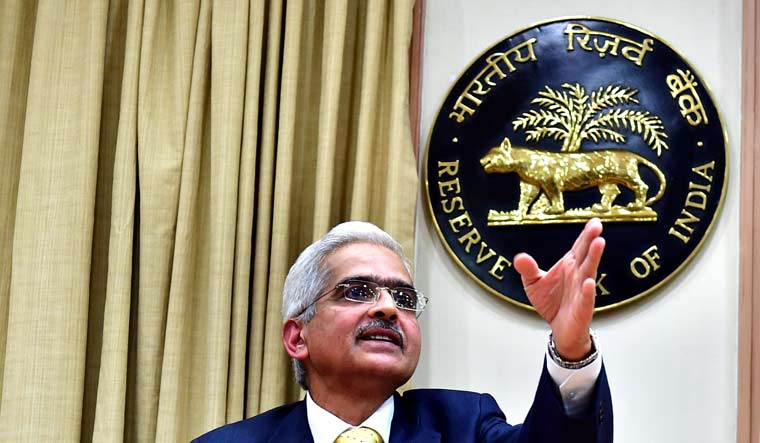 Your interest rates on home loans, automobiles and other loans are set to drop further as the Reserve Bank of India on Friday cut repo rate by an additional 25 basis points (0.25 per cent). This is the fifth straight meeting that the monetary policy committee (MPC) of the central bank has reduced the benchmark rate at which it lends banks, as it looks to step up its efforts to lift India’s economic growth, which fell to a six-year low in April-June quarter.

In the earlier bi-monthly meeting in August, the MPC had reduced repo rate by an unconventional 35 bps. Including Friday’s rate cut, the repo rate has been reduced the rate by 135 bps to 5.15 per cent. The central bank has also maintained an “accommodative” stance, meaning that the rate easing cycle may not be over yet, given that retail inflation is well within target.

India’s GDP growth in the first quarter of the current financial year ending March 2020 plunged to 5 per cent, from 5.8 per cent in the fourth quarter of the last year. RBI on Friday sharply reduced its growth forecasts for the year to 6.1 per cent from 6.9 per cent earlier.

The central government has over the last couple of months announced a slew of measures, including cutting corporate taxes, to boost consumption and drive private sector investment to boost India’s economy.

Governor Shaktikanta Das also said the MPC would continue to remain accommodative as long as it was necessary to revive growth.

“You consider this as forwarding guidance of sorts that as long as the growth momentum remains as it is and till the growth is revived, RBI will continue to remain in an accommodative mode,” Das told reporters at the post-policy press conference.

Asked why there hadn’t been a sharper rate cut given growth concerns, he said that the impact of previous rate reductions needed time to filter into the market and there was a need to watch out for the impact of the various revival measures announced by the government too.

“We have now cut the policy rates by 135 bps. So, one has to also see its impact and it takes time for the impact to filter in into the real economy. We will have to also see how fiscal measures, which the government has taken over the last few months, impact the real economy. So, at this point of time 25 bps cut was, therefore, a call that the MPC has taken,” said Das.

Furthermore, over the last few months, following RBI mandates, most banks have now launched new home and auto loan products that are linked to external benchmarks like the Repo Rate. That should help in a faster interest rate transmission going ahead.

The central bank has revised its retail inflation projection upwards to 3.4 per cent for the July-September quarter, from 3.1 per cent earlier, even as it has maintained its inflation forecast for the second half in the 3.5 per cent to 3.7 per cent range and at 3.6 per cent in the first quarter of next financial year.

With inflation well within the RBI’s medium-term target of 4 per cent, analysts see interest rates falling for some more time.

“While RBI continues to expect growth revival in the second half of FY20, growth rates have been reduced for both FY20 and first quarter of FY21. In line with these, RBI maintains an expansionary stance on the liquidity side also. We now expect that rather than 5 per cent, the repo rate in this cycle would bottom out at 4.5 per cent,” said Sujan Hajra, chief economist at Anand Rathi Shares.

Domestic inflation apart, around 20 central banks around the world have cut interest rates in recent months as a global policy response to growing concerns of a slowdown. That will also give further leeway to RBI to cut interest rates as the relative real rates in India remain high, said Madhavi Arora, an economist at Edelweiss Securities.

“The economy needs a state of coordinated fiscal and monetary policy response. With inflation at sub-4 per cent in foreseeable future and widening output gap, we continue to see rate cut cycle extending beyond October by another 50 bps to 65 bps plus, depending on the incoming data ahead,” Arora added.

“We feel RBI may cut rates in the coming months by another 50 bps as both domestic and international growth is weak and inflation expectations globally continue to be lower,” said Murthy Nagarajan, Head of Fixed Income, Tata Mutual Fund.

Karan Mehrishi, lead economist at Acuite Ratings and Research also expects more rate cuts, but believes that the steps taken by the government to boost demand along with a good monsoon and increased foreign institutional investors flows and foreign direct investment should lead to a “healthy revival” in growth in the second half of the year.

Mehrishi also remains cautious on the upward risks to core inflation due to the ongoing monetary and fiscal expansion.

“There may be room for further rate cuts in the current year given the slowdown concerns as reflected by a sharp revision of GDP growth estimates by RBI,” he said.

Experts say the interest rate cut comes at an opportune time of the festive season and would provide the necessary impetus to domestic consumption.

“With the central bank’s decision to link loan rates to external benchmarks like the repo rate, this rate cut will likely see a faster transmission in the lending rates of banks and will further incentivise investment and boost demand,” said Gaurav Chopra, founder and CEO at IndiaLends.

However, Sonal Varma, chief India economist at Nomura Securities as well as Anagha Deodhar, an economist at ICICI Securities believe there is limited room for future rate cuts. Both of them expect the MPC to cut rates by a further 15 bps only, which will bring the Repo rate down to 5 per cent.