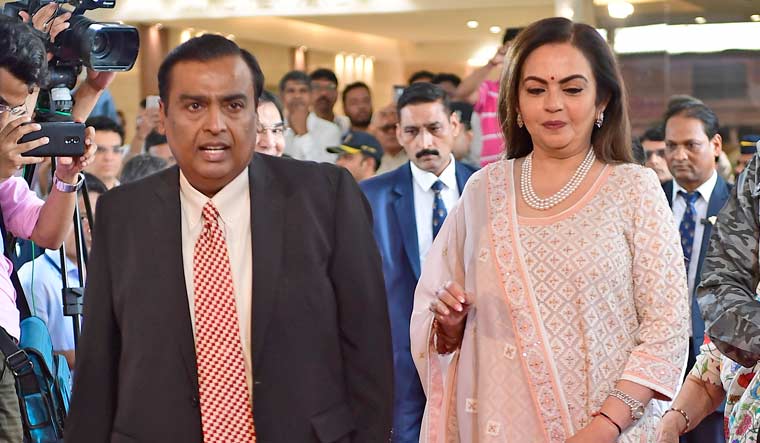 Mukesh Ambani-owned Reliance Industries has denied a report that it has received any notices from the Income Tax department with regard to allegations of undisclosed foreign income and assets by family members.

A report in the Indian Express newspaper alleged that the Mumbai unit of the I-T department in March this year sent notices to Mukesh Ambani's wife Nita and their three children. "We deny having received any such notices from the income tax department," said Reliance.

The government had received details of estimated 700 individuals and entities holding accounts in HSBC Geneva in 2011. The I-T department probe began soon after, the news report said.

The International Consortium of Investigative Journalists had in 2015 carried out investigations called 'Swiss Leaks,' which had further expanded the list of HSBC Geneva account holders to 1,195.

The report alleges that a cluster of 14 HSBC Geneva Bank accounts, with a cumulative balance of $601 million held by offshore entities in tax havens, were all linked, through a complex chain of associates and offshore holdings, to the Reliance Group. The report further states that the I-T department investigation and notices reveal members of the Ambani family are named as ultimate beneficiaries of one of these 14 entities, through various foreign and domestic entities.