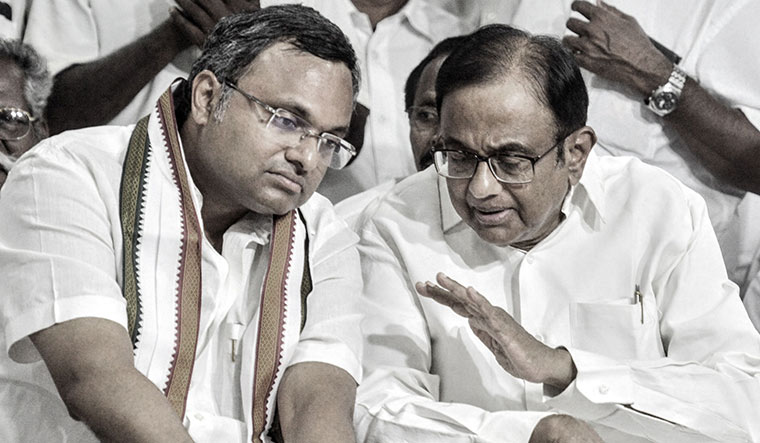 This means that the former minister could be arrested for custodial questioning in the case.

The following is the chronology of events in the INX Media corruption and money laundering cases.

May 15, 2017: CBI registers FIR in INX media case alleging irregularities in FIPB clearance to the group for receiving overseas funds of Rs 305 crore in 2007.

2018: ED lodges the money laundering case in this regard. CBI summons Chidambaram for questioning.

July 23, 2018: He moves Delhi HC for anticipatory bail in the money laundering case of ED. -

July 25, 2018: High Court grants him interim protection from arrest in both cases.

January 25, 2019: HC reserves its judgement on his anticipatory bail in both cases.

August 20, 2019: HC dismisses the anticipatory bail pleas. It also declines Chidambaram's request to stay the order for 3 days to enable him to move an appeal in SC.

The senior Congress leader's role had come under the scanner of various investigating agencies in the Rs 3,500-crore Aircel-Maxis deal and the INX Media case involving Rs 305 crore.

It was during his tenure as finance minister in the UPA-I government that clearances from the Foreign Investment Promotion Board (FIPB) were given to the two ventures.

ED contended that the companies in which money was transferred are directly or indirectly controlled by Chidambaram's son, Karti, and they have a reason to believe that the FIPB approval was granted to INX Media on his son's intervention.

The high court had on July 25, 2018 granted interim protection from arrest to Chidambaram in both the cases and it was extended from time to time.