Deep discounts: Irate restaurants log out of Zomato, other apps 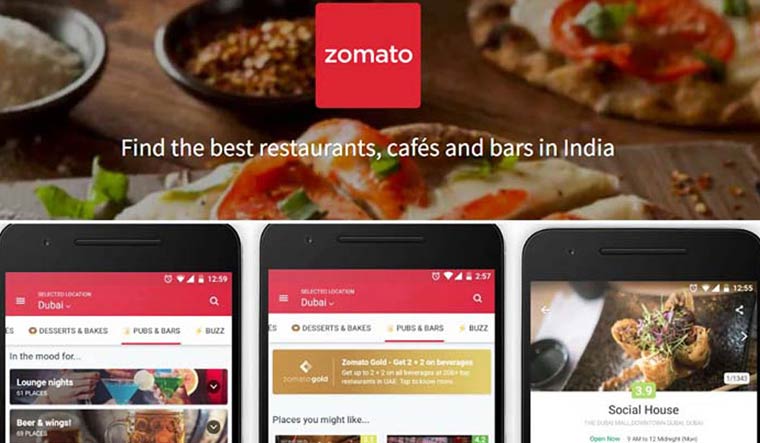 Bring out your (forks and) knives, the battle has begun! Just like the clashes seen in recent months in every other aggregator segment, war has finally broken out in the food business space, too. Following a call by its industry body, restaurants across big cities are snapping ties with aggregators and schemes like those offered by Zomato. The app giants are not taking it lying down, either.

At the heart of the issue are the many schemes offered by food aggregator and reservation apps like Zomato, EazyDiner, DineOut etc, ranging from 'one-plus-one free' to 'all-you-can-eat' meals on a price fixed by the app. Restaurant owners argue that the practice of offering deep discounts to patrons was becoming unfeasible and 'undervalued' their business.

While many restaurants have been simmering and seething for some time about the discounts and offers, particularly by the two leading food aggregator apps, Swiggy and Zomato, the general consensus was that despite being pushed to the corner, they could not do much because of the fear of missing out on the business. Matters aggravated last month when Zomato started the Infinity programme for its Gold members, in which the user can order anything and everything from a restaurant's menu at a fixed price.

As Zomato co-founder and COO Gaurav Gupta explained, “For the same price that users would spend on a typical two-course meal, they can now order anything and everything you want from the entire menu (yes, the entire menu!) with unlimited servings of their favourite dishes."

This, along with the many discounts offered by table reservation services like EazyDiner (whose slogan is 'no meal without a deal') had the restaurateurs running complaining to the government last week. However, all officials at Department of Promotion of Industry and Internal Trade could suggest was that both parties sit down and solve their problems to “boost equitable growth in the industry".

Matters finally boiled over the long Independence Day weekend. The National Restaurants Association of India (NRAI) called on restaurants across Gurugram (Gurgaon)—Delhi's affluent satellite town and one of the biggest food delivery markets in the country (besides being the home base of both Zomato and EazyDiner)—to exit the apps. Their aim? “To detox consumers from discount addiction” and to “protest against aggregators who have distorted a vibrant marketplace by aggressive discounting and predatory pricing,” said NRAI president Rahul Singh.

By the end of Independence Day, NRAI said about 300 restaurants had de-listed from apps like Zomato, EazyDiner, DineOut, MagicPin and NearBuy.

Over the weekend, there were reports the number had risen to 1,200 and across Delhi, Mumbai and Bengaluru, the four top markets for the food delivery business, besides Gurugram. “We are supporting the protest and (have) opted out from all the offers and discounts (like Zomato Gold),” said Brijesh Pande, CEO of D51, a restaurant and bar in Mumbai's Bandra.

But the number of restaurants is being contested by Zomato. “We've had just 65 restaurants de-listing,” a Zomato representative told  theweek.in on Saturday. “Even if you take all the other services being targetted and count, we don't think (the number) will be that high.”

An official statement claims that less than one per cent of restaurants that have partnered with Zomato Gold scheme have ditched the platform.

Though NRAI had said it will start with the top four markets, there are indications it is spreading to other cities, as well. An announcement by Pune Restaurants and Hotels Associations on Saturday afternoon said that Pune restaurants will also join in de-listing from these apps. “It (is) extremely surprising for us to see a campaign of this nature being launched without the restaurant (owners) even calling for any discussion regarding the same,” said a Zomato spokesperson, “We are actively engaging with our restaurant partners to discuss and resolve any issues that they have.”

Zomato has also reportedly retorted that restaurant partners need to give 45 days notice before de-listing from any platform or scheme.

EazyDiner chairman Kapil Chopra's publicist has not responded to a request for response at the time of filing this report.