Exports up 2.25% in July; trade deficit narrows to four-month low 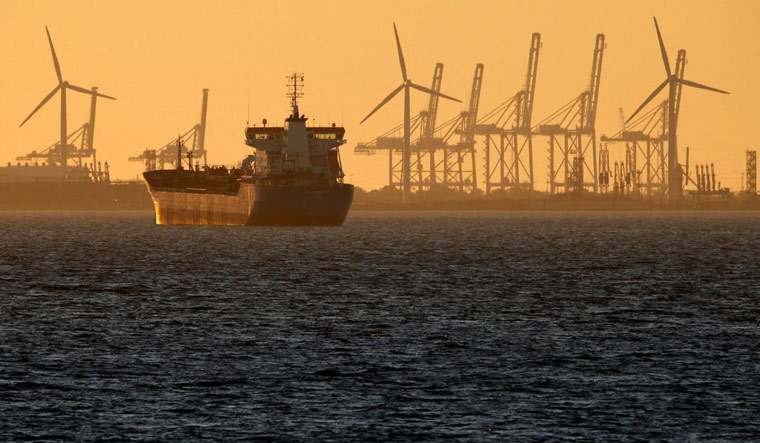 Exports increased to USD 26.33 billion in July as against USD 25.75 billion in the same month last year.

Decline in overall imports, including oil and gold, led to narrowing of the trade deficit—the difference between imports and exports.

"As a result of government's proactive trade policies and support, India's merchandise trade deficit is down by 28 per cent in July 2019 over July 2018. Merchandise exports during the same time have grown to reach USD 26.33 billion," Commerce and Industry Minister Piyush Goyal said in a tweet.

However, shipments of some key sectors recorded negative growth, including gems and jewellery (- 6.82 per cent), engineering goods (- 1.69 per cent) and petroleum products (- 5 per cent), according to the data.

Trade deficit during the four-month period narrowed to USD 59.39 billion as compared to USD 65.27 billion in the same period last fiscal.

Commenting on the data, Federation of Indian Export Organisations (FIEO) said the sluggish global demand and uncertainties emanating from tariff wars are clearly visible in the slowdown in exports across the globe.

"Domestic issues including access to credit, cost of credit especially for merchant exporters, interest equalisation support to all agri exports, benefits on sales to foreign tourists and quick refund of GST should be seriously looked into," FIEO President Sharad Kumar Saraf said.

Trade Promotion Council of India (TPCI) Chairman Mohit Singla said to some extent this export growth is partially on account of rupee, which has depreciated by about 3.5 per cent in the past six weeks, which gives an impetus for short-term export gains.

"Since the consumption rates in India have plummeted, demand has been squeezed, especially for precious stones and electronic goods," Singla said.

India's exports growth entered the negative zone after a gap of eight months in June, recording a decline of 9.71 per cent, amid global headwinds.

The World Bank in its Global Economic Prospects (June 2019) has projected weakening of global trade in 2019.

Global trade is projected to grow at 2.6 per cent this year, a full percentage point below its previous forecast.