The WhatsApp threat to Paytm, PhonePe and Google Pay in India 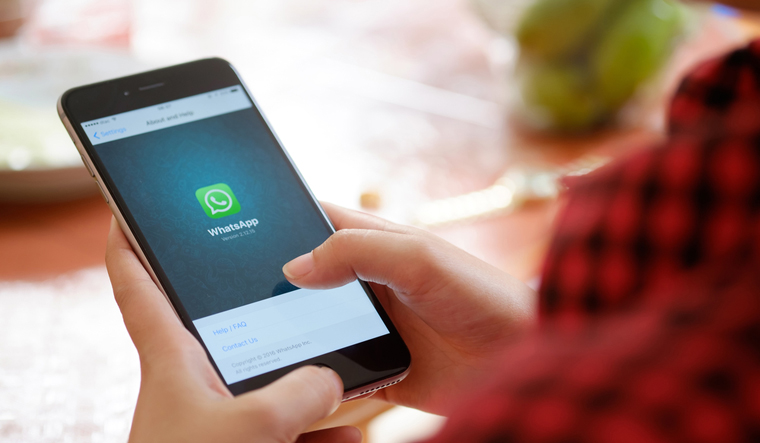 With an active user base of 400 million in India, messaging app WhatsApp is all set to take on the payments space in India that is currently led by Paytm, PhonePe and Google Pay. On Thursday, WhatsApp confirmed that it plans to roll out its much-awaited payments service WhatsApp Pay in the country later this year, more than a year after it began testing the offering here.

Currently, Vijay Shekhar's Paytm, backed by Warren Buffett's Berkshire Hathaway, dominates the online payments in India. With about 350 million registered users as of June 5, the company clocked in about 200 million UPI transactions in that month.

PhonePe, backed by Walmart-Flipkart, is the next player that is rapidly taking on the digital payments space in India. In June, about 290 million transactions were carried out via PhonePe, compared to 71 million transactions at $22 billion a year earlier, according to a Bloomberg report.

India's digital transaction space was largely monopolised by Paytm and PhonePe, till about a year ago. But soon entered Google Pay, which soon started to eat into the pie of Paytm and PhonePe. It is to be noted that Google Pay recorded more than 240 million transactions in May, beating both Flipkart-owned PhonePe with around 230 million UPI payments last month, and Paytm having 200 million transactions, Economic Times reported. There are other smaller players like Citrus Pay, Freecharge and MobiKwik in the Indian payments space.

The Facebook-owned company has been testing its payments service in the country since last year with about a million users, but could not launch full-fledged services as it has been awaiting regulatory approvals. However, clarity emerged on Thursday after WhatsApp Global Head Will Cathcart said the company's vision is to make sending money as easy as sending messages on the platform. "We built payments based on the UPI standard, partnered with banks here in India... We believe that if we did this right, it will accelerate financial inclusion and bring more people in India's fast-growing digital economy. We can't wait to provide the service to more of our users all across India later this year," he said.

Though Cathcart did not clarify whether the company has received a go-ahead from the regulator and policy makers on the planned launch, the launch of WhatsApp Pay is expected to shake up the crowded digital payments space in India.

WhatsApp's ambitious payment services' blueprint in India has been caught in a bind over concerns around authentication and its data storage practices. In the past, its home-grown rivals have alleged that WhatsApp's payment platform has security risks for consumers and is not in compliance with the guidelines.

In October last year, WhatsApp had said it had developed a system to store payments-related data in India as part of compliance with the regulator Reserve Bank of India's policy on storing such data locally.

In May this year, WhatsApp had told the Supreme Court that its trial run was likely to be completed by July, and that it will not launch payments services in India without fully complying with the central bank norms.

The RBI, last month, had clarified that all data related to payments, including those processed abroad, must be stored only in India. Also, in case the payment processing is done abroad, the data should be deleted from the systems there and brought back to India within 24 hours, it had stated.