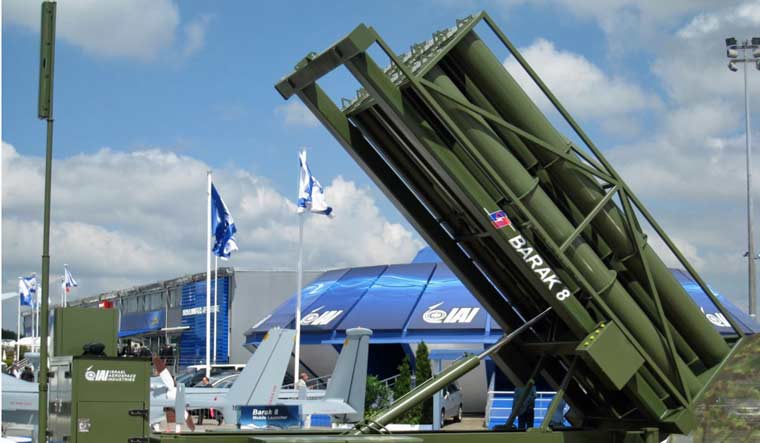 In a major push towards Make in India in defence, Kalyani Rafael Advanced Systems Ltd has received a $100-million order from Israel's Rafael Advanced Defence Systems to supply 1,000 Barak-8 MRSAM missile kits for the Indian Army and the Indian Air Force.

Keeping with its commitment to Make in India, the JV partners have invested in best-in-class production facilities, state-of-the-art engineering services, and extended life cycle support for systems supplied to Indian defence forces, according to a statement issued by KRAS..

The joint venture is expected to ramp up its employee strength to 300 technical experts by the year 2023.

“RAFAEL Advanced Defense Systems has a rich history of collaboration with India’s defence industries, resulting in multiple joint ventures, subsidiaries, as well as fruitful information sharing. These partnerships, over the past two decades, have led RAFAEL to invest over $250 million in the country through its Make in India initiative,” statement further said.

“We at RAFAEL are proud of our role—not only in KRAS—but also of our participation in Make in India, and our strong relationship with the vibrant talent across India’s defence industries. As we mark the end of this project, we look forward to celebrating many more milestones with KRAS as well as our many other partners like BDL within India.”

In August 2017, KRAS opened its facility in Hyderabad for manufacturing the Spike anti-tank guided missiles for Indian Army and other defence products. It is the first facility in the private sector to manufacture missiles. But, the Indian Army's project to procure Spike ATGM could not go through during the negotiations. However, in order to meet its critical requirement of anti-tank guided missiles, the Indian Army is buying small quantity of Spike ATGM under its emergency procurement mode.

Baba Kalyani, chairman of the Kalyani Group said, “This order is a testimony to the capabilities that exists in the country and how they can be utilised to truly achieve the aim of Make in India. Kalyani Group is immensely proud of this achievement and our association with Rafael. We are confident of executing many more such orders.” Kalyani Group is an Indian multinational with high technology, engineering and manufacturing capability across critical sectors such as engineering steel, automotive, industrial, renewable energy, defence, urban infrastructure and specialty chemicals.