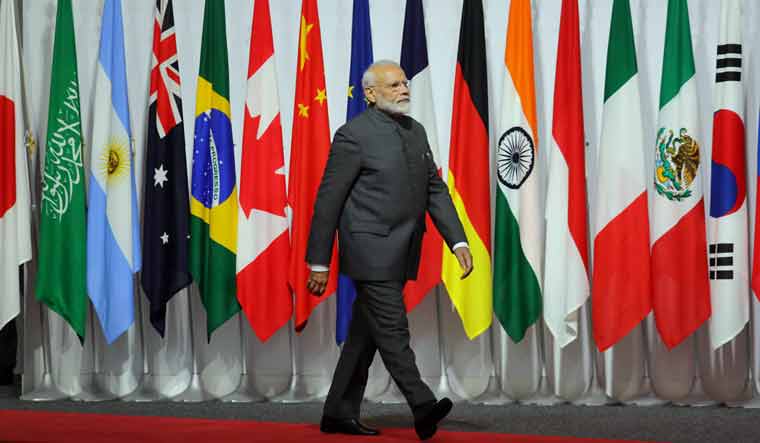 Prime Minister Narendra Modi participated in the discussions on crypto assets at the G20 Summit in Osaka, Japan. The leaders of the G20 countries in a joint statement declared their commitment to applying the crypto standards set by the Financial Action Task Force (FATF). The FATF is an intergovernmental organisation responsible for developing global policies in areas such as combating money laundering. It currently comprises 37 member jurisdictions, including India.

At the conclusion of the summit, the leaders of the G20 nations, including India, jointly issued a declaration which includes statements on crypto assets. “We reaffirm our commitment to applying the recently amended FATF standards to virtual assets and related providers for anti-money laundering and countering the financing of terrorism."

The FATF had issued its new guidance for the risk-based approach for virtual assets and virtual asset service providers (VASPs) on June 21, a week before the G20 Summit.

Economic Affairs Secretary and Finance Secretary Subhash Chandra Garg heads an inter-ministerial committee tasked with drafting a crypto regulatory framework for India. Reports suggests that the recommendation is ready to be submitted to the finance ministry for approval.

Currently, there is a banking ban in India on crypto service providers including exchanges. The Reserve Bank of India (RBI) had issued a circular in April last year prohibiting regulated entities from dealing in cryptocurrencies or providing “services for facilitating any person or entity in dealing with or settling” in cryptocurrencies. At least four crypto exchanges have shut down since the ban took effect in July 2018.

Prabhu, on the sidelines of G20 Summit, told media that Prime Minister Modi “believes in changing the world for better through a process wherein technology, traditional knowledge, good governance and making sure that everything is integrated into a unified policy.” He also said that India and Japan will “discuss many more things in continuation” on crypto services.

Japan has been at the forefront of crypto regulation. It legalised cryptocurrencies as a means of payment back in April 2017 and approved 19 crypto exchanges to operate in the country.