In October 2018, Acharya had warned against govt interference in RBI functioning 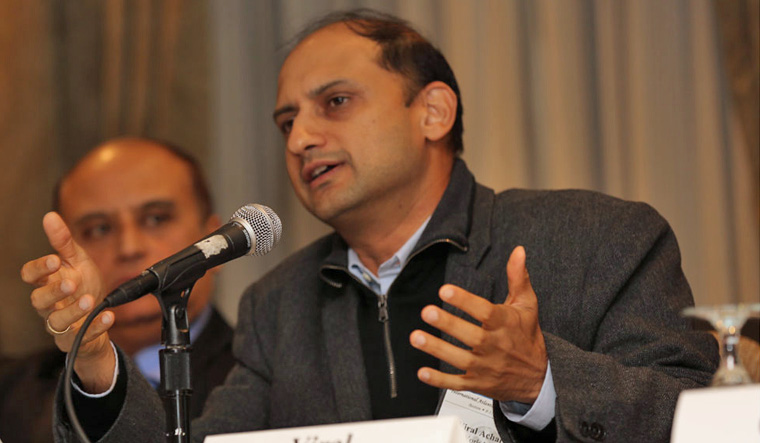 Acharya was appointed to the post of deputy governor in January 2017 for a three-year term. Acharya was the youngest person to occupy the post after liberalisation. Acharya, who earned a degree in engineering from IIT Bombay, obtained a PhD from the New York University Leonard N. Stern School of Business. Acharya had worked at a variety of academic institutions before taking up the post of RBI deputy governor. The Business Standard reported Acharya was returning to the Stern School of Business in a teaching position.

Business Standard also reported Acharya recently had differences with RBI Governor Shaktikanta Das over monetary policy. This included the decision in April to hike the repo rate. Acharya was opposed to it, citing high inflation. The Indian Express quoted sources as saying Acharya did not expect his term to be renewed.

Acharya created a flutter in October 2018 when at the AD Shroff memorial lecture, he claimed governments that did not respect the central banks' independence would sooner or later incur the wrath of financial markets. Acharya was thought to be reflecting the views of then RBI governor Urjit Patel amid reports of serious differences with the Narendra Modi government. Patel quit as RBI governor nine months before the end of his tenure.

Acharya had worked with former RBI governor Raghuram Rajan and had described himself as the 'poor man's Raghuram Rajan'. Rajan also had differences with the Modi government and chose not to pursue a second term as RBI governor in 2016.

This story will be updated