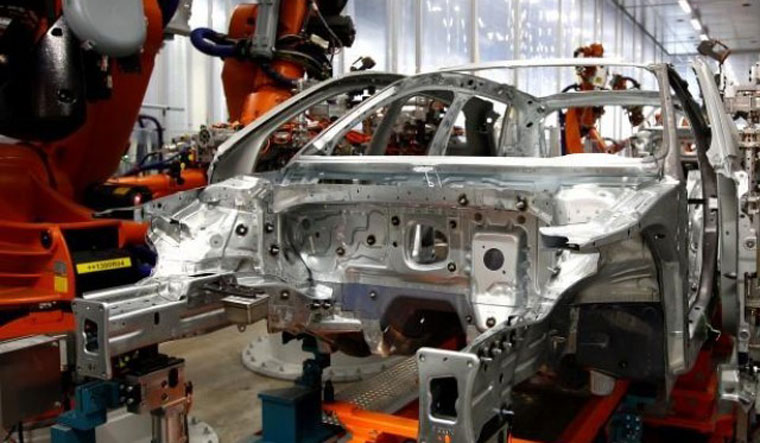 Noting its decline is “unprecedented”—car sales dropped by 26 per cent last month—the Indian automobile industry has called on the new Narendra Modi government for an urgent rescue package. This include a cut in the GST rate, as well as further stimulus measures.

As feared, Tuesday morning's release of last month's production and sales figures by the Society of Indian Automobile Manufacturers (SIAM) turned out to be another tale of a downhill drive. The overall decline in the industry was 9.31 per cent over the same period last year, but the figures are worse when it comes to crucial segments.

Passenger cars sales, for example, fell by a big 26 per cent over last year, while commercial vehicle sales fell by 10 per cent. Two-wheelers also had a bad month, with all three categories—scooters, bikes and mopeds—dropping in sales. Every category of automobiles, with the exception of car and two-wheeler exports, shows de-growth.

In fact, passenger car sales have been declining since July last year, with the sole exception of October, when figures went up marginally, primarily due to Diwali festival offers and bonus disbursements.

“This (long period of decline) has perhaps never happened before,” said a SIAM official. When it comes to two-wheelers, sales have been declining since December, with companies cutting down on production since January this year.

Maruti Suzuki had cut production for the fourth month consecutively last month, this time up to 18 per cent. Tata and Mahindra & Mahindra also shut down production for some days last month, while many other vehicle manufacturers are set to join them in factory shutdowns over varying periods later this month. Mahindra is expected to shut down its plants for as much as 13 days a month.

Auto manufacturers feel it's necessary to cut production to balance their inventory, especially considering that present vehicles cannot be sold after April 1 next year, when BS VI emission norms come into effect.

Considering the gravity of the situation and how auto industry sales are often a barometer of the state of the whole economy, the auto makers have called for a three-point government intervention. “The GST on vehicles should be reduced from 28 per cent to 18 per cent,” said Vishnu Mathur, director-general of SIAM. “Two, a vehicle scrappage policy to get rid of old vehicles should be announced, and three, relaxation of norms over the upcoming BS VI, like extension of the sunset clause by a few years,” he added.

Auto industry officials point out how a similar scenario has happened only twice in the last 15 years or so—in 2007-08 and then again in 2011-12—and how both times the government had reduced the excise duty rate to help the industry. With the sales decline consistent over the last several months across categories, expectations are that the government will react positively. “It is up to everyone to recognise the slowdown and take remedial measures,” argues Mathur.

SIAM officials met the revenue secretary and other officials at the finance ministry on Monday with the request for a stimulus package. They are also slated to meet Finance Minister Nirmala Sitharaman with their wish list, including a budget memorandum shortly.