Play safe in the first half, focus on firms with earnings visibility: Market expert

Equity markets were very volatile in 2018, and with Parliamentary elections around the corner this year, there could be lot of uncertainty in the first half. Gautam Duggad, the head of research at broking firm Motilal Oswal Financial Services, tells THE WEEK that just like a Test match, investors must look to preserve their wicket in the first half of the year. He says the need currently is to focus on stocks, where there is strong earnings visibility, the growth outlook is positive and valuations are favourable. Duggad also expects the government to take some populist steps in the run-up to elections, given the losses in key assembly elections, but there will be limitations due to the fiscal condition. Excerpts: 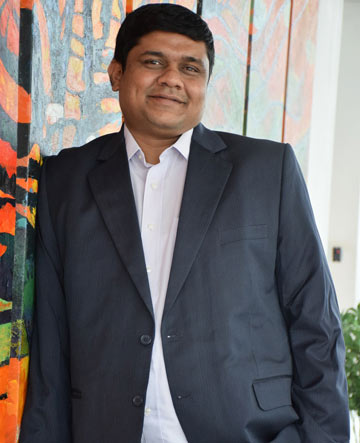 2018 was a extremely volatile year for equity markets. What are your big expectations for 2019?

It will be a story of two halves. First half will be all about elections and the second half will depend on what actually happens in elections. In the first half, there will be a lot of volatility in markets, people will react to news flows. In the second half, you will see some stability returning in the markets as the election-related overhang will be behind us. So, we are asking people to be little safe in the approach on portfolio side in the first half, stay positioned towards more earnings visibility stories like banks, auto, IT and consumption... Second half, depending on how the election results pan out, you could selectively take exposure to even capital expenditure oriented sectors like cement, capital goods etc.

Let me put a cricket analogy to it. First half will be like a session of Test cricket, where preserving your wicket is important. Second half is when you come down the next day morning when the pitch has settled down and you start hitting boundaries. Right now, it is important to construct a portfolio with disproportionate focus on quality and earnings visibility.

We have seen a lot of correction in stocks, particularly the small and mid-caps, in the last several months. How do you see things from a valuation perspective?

I think valuations are very reasonable now. There is a wider correction in the small and midcaps space and that has helped in narrowing the premium between midcaps and large caps. That premium has more or less vanished. That has made the market more respectable in terms of valuations and there is enough opportunity for people to find opportunities to invest. The macros, too, have improved, so crude price has come down, currency has stabilised, liquidity situation is improving a bit, there is a stability in policy; so I think, the market is heaving a sigh of relief.

But some sectors, like consumption, which you are bullish on, are still expensive, right?

I agree it is expensive, but till the time the rest of the broader market doesn't pickup, companies with higher earnings visibility, higher ROE (return on equity) and higher free cash flow conversion, will continue to outperform and enjoy premium multiples. Once people see visibility of a recovery in capex, they will sell defensives (like FMCG stocks) and buy those sectors like cement, real estate, construction, which happened in the past, too. But, there is still some time for that.

Over the last two years, metal stocks, too, have done well. But, is that rally towards the end now, or can one still get into it?

We have a negative view on metals, given that the cycle is towards the fag end, commodity prices have corrected and profits are at a very high base after three years of strong growth.

In the last few years, analysts typically started with double-digit growth predictions, only to revise them downwards as quarters went by? Will we see the same situation evolving?

We are getting double-digit growth this time, 11 per cent in the first half (Nifty earnings) and our full year estimate is 13 per cent. The issue is that expectations were elevated, versus that there is some tapering of actual results. We were expecting 20 per cent growth in the beginning of April 2018. Now our expectation for FY19 is only 13 per cent. We are still expecting 25 per cent growth in FY2020, which is largely led by three corporate banks (ICICI, SBI, Axis Bank), which are going to see normalisation in their credit costs. Removing those banks, our FY20 growth for Nifty earnings is 16 per cent.

Talking of banks, are the NPA worries behind us now? What are your preferences between private banks and their state-owned counterparts?

Already in the last two quarters, we have seen slippages declining, credit costs moderating. We are seeing a big recovery in the sector, although it's tough to predict for state-owned banks, as they are still capital constrained. Private banks offer structural opportunities. The value migration from public sector to private banks started long back and it will be a theme for many more years to come. Private banks have good CASA (current account-savings account) ratio, good capital, strong managements and good digital offerings. So, they are bound to gain market share and bound to grow for a long period of time.

But, over the next one year, the possibility of corporate banks or some of the PSU banks outperforming some of the retail oriented private banks is there, because you are seeing a bounce back in credit cost, loan growth is at a multi-year high, pricing power is returning to banks given the issues in the NBFC sector, margins are better and provisions are also going down.

After the recent setbacks in assembly elections, will we now see the BJP-led government announcing more sops, given the general elections this year?

They will become more populist, but I don't think there is too much space for fiscal adventurism. They will have to move very judiciously, because you are not seeing any pickup in indirect taxes; GST collections are falling behind. So basically, you have to manage both—populism and sticking to the fiscal deficit target. They will do a few things.