Did Patel make a political statement with exit a day ahead of assembly poll results? 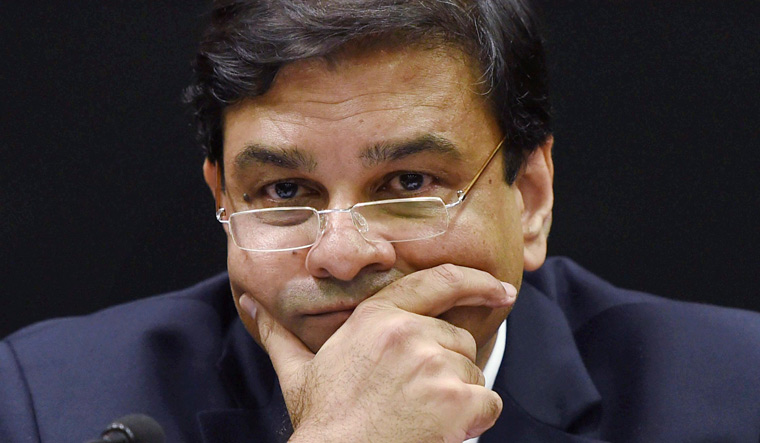 It was widely anticipated that Urjit Patel would hand down his resignation at the last RBI Board meeting held in November. In October, after the differences between the RBI and the government on various issues became public, THE WEEK had reported about Patel's impending exit.

Still, Patel’s exit on Monday surprised not only the markets and the public, but also the government. The last RBI board meeting on November 19, which went on for nine long hours, was seen by many as Patel’s final hours before handing over his resignation. The government-nominated directors and some independent directors painted a picture of a ‘cordial meeting’ even as the spat between the RBI and the Centre became public.

But, if things were hunky-dory after the last board meeting, why did Patel resign so promptly, putting an end to speculations about his exit? Even independent directors who attended the meeting expressed surprise with his decision.

Sources said earlier statements by RBI deputy governor Viral Acharya, warning of a constitutional crisis if the government intervened in the workings of the central bank, was the subject of a heated argument at the last board meeting. Patel had apparently backed Acharya’s statement at the meeting, when the issue was raised by the government-nominated board members. Patel maintained that his deputy was very much within the ambit of RBI’s rules to make his views public during a speech.

Those in the government, however, are questioning the timing of Patel’s exit that came just four days before the next RBI board meeting on Friday and a day ahead of the assembly results of the five states that went to polls. The debate is largely centered on 'did Patel make a political statement with his exit'. “The finance ministry had no earlier information about the resignation of RBI governor today. We came to know about it only half-an-hour after the resignation was made,” A.N. Jha, finance secretary at the finance ministry, said after Patel’s resignation on Monday.

READ: Indians should be concerned: Raghuram Rajan on Patel's resignation

Finance Minister Arun Jaitley and Prime Minister Narendra Modi were both informed about Patel’s resignation only after the RBI posted his resignation statement on its website. With Patel’s surprise resignation, speculations were rife that deputy governor Acharya would also step down along with him. With the finance ministry making frantic calls, the RBI confirmed that rumours of Acharya's quitting were not true. 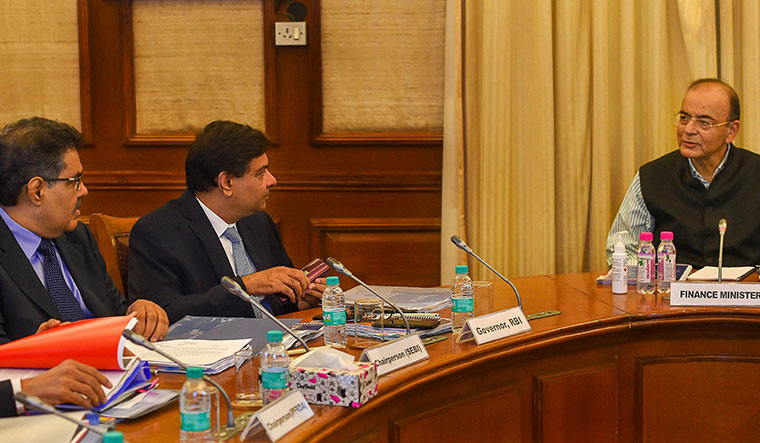 “The government acknowledges with deep sense of appreciation of the services rendered by Dr Urjit Patel to this country both in his capacity as the governor and deputy governor of the RBI. It was a pleasure for me to deal with him and benefit from his scholarship. I wish Dr Patel all the very best and many more years of public service,” tweeted Jaitley soon after his Patel's departure. PM Modi also tweeted his best wishes for Patel.

In his resignation note on Monday evening, Patel had cited ‘personal reasons’ for his departure with ‘immediate effect’. Asked about the reasons, sources close to the former RBI governor indicated that Patel was lately facing a number of health issues. Pressure was mounting on him since the demonetisation exercise of the government. Adding to it was the government's demand to release funds held in the RBI’s reserve. Patel had contended the RBI reserve was necessary to insulate the Indian economy from external shocks.

Under duress, Patel in the last board meeting, had acceded to subjecting the usability of Rs 9.6 lakh crore held in reserves by the RBI to a review. The review of the fund’s usage by the central bank was to be conducted by an independent panel comprising members from both the government and the RBI. It is understood that in the days subsequent to the RBI board meeting in Mumbai, a number of communications came from the North Block, seeking updates on the formation of the panel and firming its working agenda.

There were also frequent follow-ups on the decision to have an existing committee of the RBI reconsider the issue of allowing relaxations to some stressed PSU banks. The RBI had asked 11 of 21 debt-stressed PSU banks to follow its Prompt Corrective Action (PCA) guidelines that restricted lending operations of these banks.

Reportedly, the RBI had sent two responses to communications from the finance ministry. In one, it said it was yet to finalise its nominees for the panel that would prescribe a new capital reserve framework for the central bank that would ease the release of more than Rs 2.5 lakh crore from RBI’s reserves to government coffers. “They had sought time till January to finalise the names for the committee to revise the capital framework policy,” said a finance ministry official aware of the development. In its second response, on PCA norms relaxation for banks, and sent earlier this month, the RBI had stated that its committee members were yet to arrive at any final view on this issue.

Meanwhile, after last month's board meeting, Patel had deposed before the 31-member parliamentary standing committee on finance in Rajya Sabha, answering questions from the panel members on the impact of demonetisation on the economy. According to RBI insiders, the finance ministry had pressured the RBI to count recovered demonetised currency notes three to four times, before allowing the central bank to state in its annual report that 99.3 per cent of the demonetised notes were returned to banks and accounted for.

This led to severe constraints of resources for the RBI. The RBI findings on the note-ban exercise, which was finally published two-a-and-half years later, discredited the Modi-government's move that claimed to have put an end to black money in the country. It is to be noted that Patel, who was the RBI deputy governor for three years till 2016, before donning the role of governor, had defended the government’s rationale behind conducting the note-ban exercise.

Amidst all these, Patel was also putting up with a tough fight by the finance ministry, led by Jaitley, in his resolve to not give up on the central bank’s reserve funds.

“He was getting tired of fighting with the government. His patience was wearing thin over the last few months,” shared a senior RBI official in confidence as the reason behind Patel’s resignation months ahead of the end of his term in September, 2019. The central bank said the institution was not under any crisis with the resignation of its governor. Senior officials confirmed that it is the tradition of the RBI to recommend the name of the senior-most deputy governor to continue as the interim governor. On Tuesday, the RBI sent the name of N.S. Viswanathan to for the post of interim governor to the finance ministry.

Finance ministry officials confirmed that received the name of an interim governor from the RBI. However, as per the tradition, the successor to an outgoing RBI governor would be decided by a high-level committee set up under the Cabinet Secretary. Once finalised by the committee, the names are sent to the Appointments Committee of the Cabinet (ACC), headed by the prime minister.

The government was keen to adopt a business-as-usual approach and did not defer the next RBI board meeting scheduled for December 14. “We would have a name by end of the day. Thereafter, it would be the prerogative of the officiating RBI governor to decide if the board meeting could be held on that day or if it needs to be deferred,” said finance secretary A.N. Jha, speaking to reporters on Tuesday.

A long process devoted to the search of an ideal RBI governor was cut short and by Tuesday evening, within 24 hours of Patel’s resignation, the ACC approved appointment of retired IAS officer from Tamil Nadu cadre and former economic affairs and revenue secretary Shaktikanta Das as successor to Patel. He was appointed for a period of three years, the government note said. 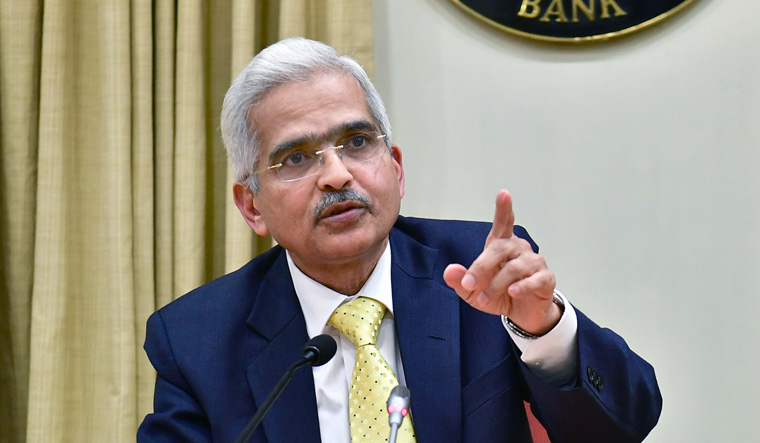 Das has his hands full

A number of crucial decisions, which were left out for discussion in the last board meeting, are supposed to be taken up for discussion on Friday. These include discussion on an easy credit scheme for medium and small industries and the issue of ensuring adequate liquidity to the NBFC sector, stressed after the recent defaults by infra major IL&FS. Deputy governor Acharya had earlier commented that the RBI would don the hat of being the lender of last resorts for the NBFC sector if it has to. “But so far that situation has not arisen,” Acharya said after the bank’s last review of the NBFC sector’s liquidity situation last month.

Now, it would be up to Das, who had previously officiated as a government-nominated board member of the RBI, to speed up discussion on these issues and ensure their inclusion in the agenda for the next board meeting. “The appointment was crucial for the government as on Monday itself the INR futures saw a steep decline of five per cent and the Sensex fell by over 750 points. The government could not have afforded to let the markets face uncertainties over this,” said Rajiv Malik, senior economist with Singapore-based ratings agency CLSA.

On the hot seat as the RBI governor, Das will have to deal with some legacy issues left unresolved by Patel. Primary among them would be the issue of discomfort caused by the February 12 notification of the RBI that directed banks to start recovery procedures one day after loan defaults. The ghost of the PNB scam also haunts the central bank.

Das would also have to face the first instance of a bank taking the regulator to court after Kotak Mahindra Bank approached the Mumbai High Court seeking withdrawal of an RBI restriction imposed on its promoter Uday Kotak, preventing him to dilute his stake in the bank via preferential share issue.