From Dali to Matisse, AstaGuru forays into international art auction 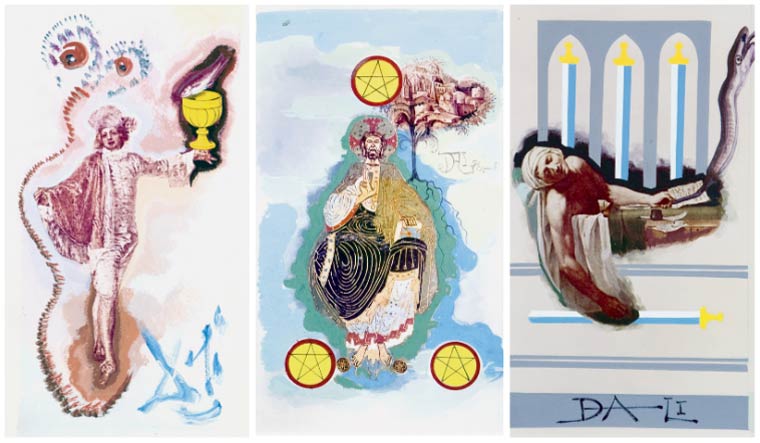 Spanish legend Salvador Dali’s surrealist vision stretched beyond his canvases and led him to venture into several unusual projects. The artist started working on a limited series of 78 custom decks of tarot cards known as ‘The Dali Universal Tarot’ during the early 1970s. The work was first commissioned to him by Hollywood producer Albert Broccoli and the tarot deck was meant to be used as a prop in the James Bond film Live and Let Die. However, the deal fell through, supposedly due to Dali’s exorbitant monetary demands, the artist remained intrigued with the idea and continued to work on the cards.

He blended a kaleidoscope of western art history with his unmistakable wit in these cards. They also featured some of the artist’s recurring motifs such as butterflies representing the psyche, shadowy and unclear form of human figures, and crutches which Dali believed dually represented both consciousness and the unconsciousness. In Dali’s rendition of ‘Page of Cups,' the page or the noble attendant symbolises youth and optimism. He is holding a cup with a fish inside indicating creativity and emotion.

The works of Dali and other illustrious artists like French impressionist master Pierre Auguste-Renoir, Picasso and Matisse will be featured in AstaGuru's first ever exclusive international auction. The lineup of the auction is scheduled from November 28 to 29, and represents some of the most important moments in modern art history. The highlight of the auction is a beautiful painting by Renoir. "Through the years, AstaGuru has been at the forefront of presenting works by eminent modern and contemporary Indian artists. We have always sought to diversify our offering by consistently introducing new categories to our portfolio. So, in line with this sentiment, we have forayed into the international art category with this first standalone auction," says Siddhant Shetty, vice president, business strategy and operations at AstaGuru.

The curation ensures that the works from these artists are revered across the world and occupy an important place in western art history. For instance, Picasso is credited with spearheading the Cubist movement towards the mid 20th century. The auction will present his works alongside Matisse, Marc Chagall, Fernand Léger, Salvador Dali and others. The collection will also present works by iconic names from the canon of Pop Art like Andy Warhol and Robert Indiana apart from leading contemporary artists like Damier Hirst, Fernando Botero, and Jeff Koons.

"Organising an auction in India, which is completely devoted to international artists, came with its fair share of challenges. All of the presented artworks belong to international collections from locations including New York, Paris, London, and Singapore. Therefore, the process of sourcing and finalising them had to be done by manoeuvring several logistical steps," says Shetty on the process behind AstaGuru's bold manoeuver info inviting bids for international art. "Collecting bonafide provenances from past exhibitions and publishing history, as well as information about previous collections, which housed these works, was also an important aspect of the process," he adds.