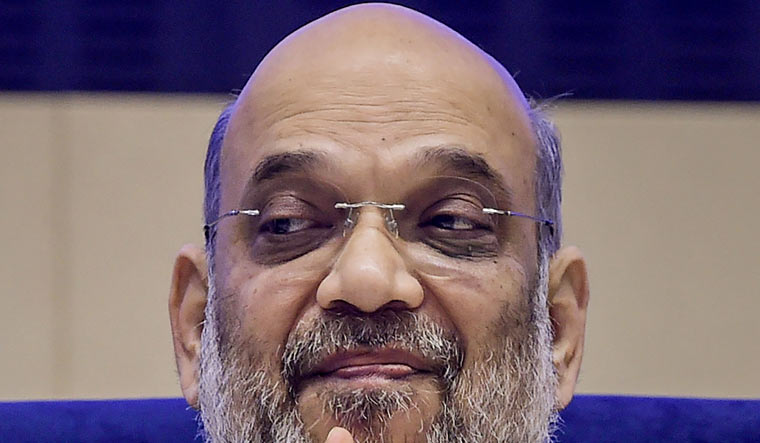 Home Minister Amit Shah is an Hon’ble, honourable man (pun intended). At the 37th Meeting of the Parliamentary Official Language Committee earlier this month, Shah weighed in (no pun intended, this time) on the side of India’s official language. He suggested that whenever people from non-Hindi speaking states converse with each other, they ought to speak in Hindi rather than English.

As everyone who has heard him will know, Shah’s Hindi is nothing to drool over. Clearly, he is no Amitabh Bachchan or Amin Sayani whose magical voice and crystal diction have done more to popularise Hindi in south India and the northeast than a shelf-load of government fiats. And yet, despite that heavy regional accent, despite that strident intonation of a stockbroker making a bid outside the Bombay Stock Exchange, Shah is suggesting that more people speak a language in which he himself is not proficient. That’s what makes him so honourable, and that’s why I say ‘Three cheers’.

But my cheers are being drowned by fears. Leaders from the south and the northeast are having sleepless nights, worrying about how they will ever manage to converse once Shah’s whim becomes a command. Well, I am here to help. Here is a primer that should help overcome the Hindi phobia. After careful observation, I have realised that there are only a few words of the official language that you really need to know, and here they are:

Achhe Din is Hindi for the life you see around you right now. Open any page of a newspaper and you will see excellent examples of how achhe the din is – scalding prices, soaring inflation, rampant unemployment and even your favourite IPL team is not performing as expected. Not everybody understands this. As recent state elections have proved, people who speak Punjabi and Bengali could not grasp the true meaning of the Hindi words. I hope this primer is an eye-opener.

This is a long expression but don’t get intimidated. It doesn’t mean anything. It’s just like those sounds made by singers to help a song along. Bob Dylan did it often. So did Manna Dey in his ‘Laga Chunri Mein Daag’ and Mohammed Rafi in the immortal ‘Madhuban mein Radhika’. Perhaps the best example is Kishore Kumar’s yodeling. The vocal acrobatics just needs to sound nice. And ‘Sabka saath…’ certainly does.

This term conveys the goodwill that we have towards the others who make up the mosaic of our land. What’s goodwill, you ask? Let me give you live examples. It’s the sentiment that you see when religious processions stop enticingly in front of a house of worship, and wait for the action to begin. Sometimes, carried away by the spirit of the occasion, participants playfully throw stones at each other and set alight whatever combustible objects they find. Well, we didn’t tell you the outcome is happy. As the word suggests, it is sad.

The official language has many swear words, but two of them are most popular. Here they are:

It literally means expensive. In the heat of the moment, you may hear many people using this term while reacting to the price of petrol. But it’s a four-syllable word not to be used in polite company.

It stands for violence, and is another coarse term which you should never use. If nobody speaks about it, it won’t exist.

There’s actually another swearword that has suddenly become out of bounds – Bulldozer. Use it loosely and they will come after you.

Sometimes, despite your best efforts, things don’t go as per script. That’s when you need an explanation. The new Hindi lexicon gives you just the term you are looking for – it’s ‘Nehru ka kasoor’. This catch-all phrase can bail you out of every mess you make.

Finally, if even this primer doesn’t help, just be patient and wait till Hindi grows on you. It’s a beautiful, marvelously adaptable language that is sure to win the hearts and minds of everyone in the land – if only the netas would leave it alone.