Many years ago, a British prime minister had said a week is a long time in politics 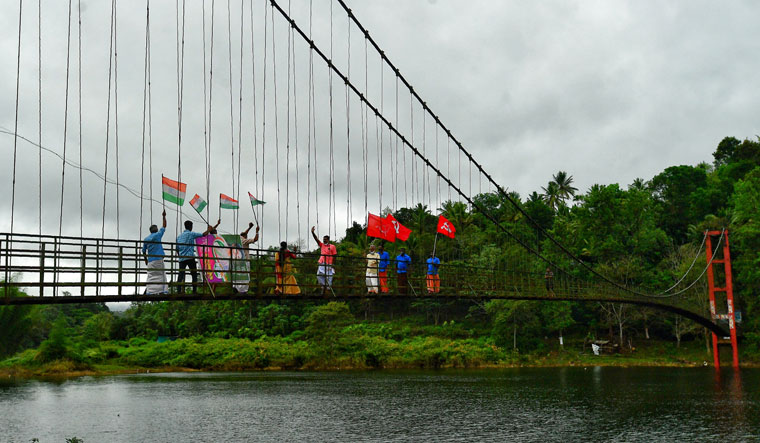 Many of you must have got into a tizzy reading about netas changing parties quicker than a meticulous momma changing her baby’s nappies. So, I decided to get to the bottom of it all.

“Good morning”, I greeted our neta just as he was hopping on to his bicycle for a campaign tour.

“It’s a great morning,” he smiled. “It’s time for the Samajwadi Party to open a new innings.”

“Er, you mean for the BJP, of course,” I cut in, “you had joined the BJP last evening.”

“Overnight, you jumped from BJP to Samajwadi Party?”

“You media wallahs are putting words in my mouth. I didn’t jump.”

“Get the facts right. I was in the BJP last evening. At midnight, I joined the Congress, then AIMIM and now I am where I belong – SP.” With that, the neta pedalled away into the UP morning mist.

I caught up with the neta as he ploughed through breakfast. I glimpsed kachori sabji, shahi paneer, thandai….

“A hearty breakfast, sir,” I said.

Scooping lasoon chatni over his kachori, he smiled. “This gives me the energy to push the cause of the Bahujan Samaj Party.”

“BSP?” I spluttered. “You are outdoing the Brits. Many years ago, a British prime minister had said a week is a long time in politics.”

“Those Angrez know nothing,” the neta said contemptuously, “a breakfast is a long time in Indian politics – especially, UP politics.”

The neta’s phone trilled a raucous Bhojpuri folk number. He had a quick, animated conversation, and then leaned forward to whisper in my ear: “Our RLD is sure to form the government.”

“No, that was before the phone call.”

Saying that he got onto a new electric scooter he had acquired, and hit the campaign trail.

The neta returned masterfully riding pillion on a new motorcycle, and waving the pennants of the TMC.

I couldn’t take it anymore, and posed the million dollar question: “WHY?”

“I am a perfectionist,” he answered. I want to serve the people, and I am trying out newer and better ways to service, I mean, serve them.”

“Sir, I have breaking news. Your brother’s daughter in law has joined the party that you left this morning.”

The neta was unfazed. “Pah! What neither she nor her hubby knows is that their kaka and kaki, nana and nani will soon join my party, and so will Moti, the loyal mongrel and their goldfish.”

“Is the family splitting up?”

“You fellows talk so much about inner party democracy. We go one step further. We have inner family democracy!”

By the time I saw the neta next, he held a broom in his hand.

“Cleaning up the house?”

“No, this broom hasn’t seen dust in years. It’s symbolic.”

“Parties may come and parties may go but I go on forever.” And away he went – in a brand new Honda, out again to serve the people.

I saw the neta’s followers vigorously erasing all trace of the broom and putting in its place a timepiece.

“You have to change with time,” he smiled, pointing to the NCP’s symbol, and chuckling heartily over his pun.

“Won’t your followers get confused?” I asked, “with these frequent changes?”

“This is how I keep my followers on their toes.” Saying that, he got on to his toes, and hopped on to a Mercedes ‘A’ Class and sped away.

I caught up with the neta just as he was going through a rubdown. His arms were being un-twisted and his back kneaded into shape. I complimented him on a physique trapeze artistes would envy.

“I’ve had my backbone removed,” he explained proudly. “So, I am ready to serve the people in any capacity.”

“Ah, that explains it all.”

By the end of the day, I was afraid even my super-supple neta had reached dead end. Already, his track record read: BJP, SP, BSP, RLD, RJD, TMC, AAP, NCP…. History tells us that King Alexander wept because there were no more worlds for him to conquer. But our netas are made of sterner stuff.

“What will you do?” I asked. “As far as I can see, there are no parties left for you to leave or join – except the Left, which in any case is left out.”

The neta was unfazed.

“Nah, that’s not a problem,” he said smugly. “I begin all over again tomorrow with the BJP. As you say in angrezi – life moves in circles.”